Emmanuel Adebayor almost caused a riot when he scored against Arsenal in Sept. 2009. Having left the Gunners for Manchester City during the previous summer, he enraged the traveling Arsenal fans with a provocative goal celebration at Etihad Stadium.

That goal was supposed to herald the brightest period of Adebayor’s career, but it didn’t pan out that way. The Togolese striker would later fall out with City manager Roberto Mancini, and he was cast out of the Sheikdom within 15 months of that famous goal.

On Saturday, Adebayor, now a Tottenham Hotspur player, faced Arsenal in a hot-blooded North London derby. It was always going to be a pivotal game for the player, Tottenham manager Andre Villas-Boas and the club itself.

Adebayor scored after 10 minutes, reaffirming his status as a villain in the eyes of his former fans. But this time, there would be no 15-month grace period. Things went sour just seven minutes later when he was sent off for a rash tackle on Santi Carzola. Arsenal tied the score seven minutes later en route to an emphatic 5-2 victory.

It was only in August that the 28-year-old moved to White Hart Lane (on a permanent basis), but he’s already reached a crossroads in his Tottenham career. Spurs paid City £5 million ($7.9 million) for the striker, hoping his goals would deliver them to the promised land of the UEFA Champions League. The former Metz, Monaco, Arsenal, City and Real Madrid man is among the top earners at the club, but his early-season contributions have not met the expectations set by his hefty salary.

The protracted summer transfer saga left him short of fitness, and he watched from the bench as Jermaine Defoe led the Tottenham attack for the first three months of the 2012-13 season. Defoe was scoring bags of goals early on, and Villas-Boas persisted with a lone-striker formation.

In late October, Adebayor was reportedly so frustrated with his lack of playing time that he was ready to leave the club, but Villas-Boas assured him that he had a major role to play at Tottenham. He made just his second league start and scored his first league goal of the campaign on Saturday, but the red card put his team in an impossible situation, as it had to play a man short for 73 minutes at the home stadium of its fiercest local rival. It also put Adebayor in the crosshairs of observers and disappointed fans.

Spurs sit eighth in the Premier League after 12 games. Granted, they are just six points out of fourth place with the bulk of the season left to play. Villas-Boas could yet right the ship, putting Spurs on course for the top four. It’s hard to predict what role Adebayor will play in the journey, and there’s no guarantee he will not be tossed overboard before Tottenham reaches its destination in May.

Much of it will depend on how he and Villas-Boas react to Saturday’s dismissal. The derby was built up as a “must-win” contest for Tottenham — one which placed Villas-Boas’ project under the microscope. The red card was pivotal, but the Tottenham manager refused to condemn Adebayor after the game, according to Sky Sports.

“I think Ade was in full control of his emotions and in a north London derby you want players to challenge for balls, you want them to win second balls, you want them to be strong, to be brave,” Villas-Boas said. “Cazorla is quick, he reacted, he took the ball away before Ade’s feet met his foot and the ref has to make a decision and he decided for the red card. We understand that it could’ve been any other player on any other day. This is football and challenges like this happen.”

Should there be any disconnect between what Villas-Boas’ says in public and what he says (or does) in private regarding, things could get interesting. The player is already sensitive about his role, and further friction could doom his stay at Tottenham.

He faces a three-game ban for the red card. He’ll miss home games against West Ham and Liverpool as well as a trip to Fulham.  He should return in time for the Dec. 9 visit to Everton and play during the action-packed holiday schedule, but he’ll likely be away for up to a month (from mid-January through mid-February), as Togo competes in the 2013 Africa Cup of Nations.

For now, Adebayor and Defoe are the only first-team strikers at Tottenham. Villas-Boas will probably strengthen this area of the team in January. Should a new arrival start brightly and push Adebayor down the pecking order, it would be hard to imagine him rotting quietly on the bench for long. He could push for a move, as clubs in Russia (Lokomotiv Moscow) and Spain (Atletico Madrid) are reportedly monitoring his situation.

Of course, these points will be moot should Villas-Boas forgive Adebayor, prefer him to Defoe or adopt a two-striker formation. But if the player and manager seriously clash over this transgression, we might see a remake of the Mancini versus Adebayor classic, with Villas-Boas playing the role of the City manager.

It would only be another losing battle for Togo’s favorite son and could spell the end of his Premier League career. There wouldn’t be 15 months between goal and rift. It would take 15 minutes (the time it took for Arsenal to equalize), days (roughly the length of  his ban) or 15 weeks (when he should return from international duty in Feb.) The moral of the story is: Emmanuel Adebayor should be wary of scoring against Arsenal. 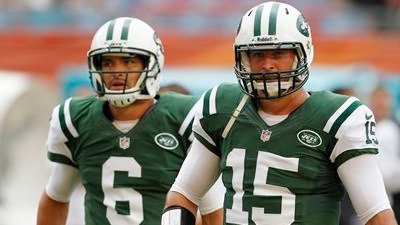