We?ve got a new No. 1 team in the country and it?s the Kansas State Wildcats. With the Alabama Crimson Tide dropping in the standings thanks to their home loss to Texas A&M last week, we might finally be en route to seeing a BCS championship game without an SEC team for the first time in seven years. This all depends on whether Kansas State, Oregon and Notre Dame can avoid the landmines.

Here?s a look at the four most important games of Week 12:

This is a game that doesn’t figure to be close, but November has a strange way of upsetting the apple cart ? and the conventional wisdom in college football. Last year, very few people thought that Iowa State, a massive underdog, was going to be able to upset another Big 12 Conference leader, the Oklahoma State Cowboys, with designs on making the BCS national championship game. Yet, after falling behind by 17 points, Iowa State mounted a comeback and won in overtime. Baylor beating Kansas State would make as much sense as that Iowa State upset, but of course, that’s part of the point — anything can happen.

In the Big East conference, two of the three remaining contenders for the league championship will duke it out in the southwestern corner of the state of Ohio. Cincinnati and Rutgers have both been struggling in recent weeks due to erratic quarterback play. Munchie Legaux of Cincinnati and Gary Nova of Rutgers have been substantially if not completely thrown off balance. They lack rhythm, consistency and confidence, especially in Nova’s case. Nova threw six interceptions in a loss to Kent State and led his team to just one touchdown in the first three quarters of last week’s sluggish win over Army. Both men will have to be better if they want to carry their respective teams to victory.

This is a huge game in the Pac-12 and the BCS bowl picture. Stanford could do a lot to earn a BCS bowl invitation as an at-large team if it can pull off the road upset in Eugene. The Cardinal would set themselves up to finish with a 10-2 regular-season record if they can win this game and then beat UCLA on Nov. 24. Oregon is trying to push ahead to a Pac-12 championship and a 13-0 record, two feats that — if achieved together — will probably lift the Ducks into the BCS national championship game. Oregon has a lot of injured starters, especially on defense, so Stanford’s power running game might be able to do some damage. You should expect a lot of points in this game, but Oregon’s likely to score more than Stanford when all is said and done.

The Trojans and Bruins will decide the Pac-12 South Division championship for the right to face (in all likelihood) Oregon in Eugene on Friday, Nov. 30. The Bruins have overachieved this year while the Trojans have underachieved. This game is huge for both programs. UCLA has not been able to claim a win in this series since 2006, and the Bruins have not had the superior program in a larger sense since the very start of this new century, just before Pete Carroll became USC’s coach in 2001. UCLA coach Jim Mora wants to take over this Los Angeles rivalry. USC head coach Lane Kiffin needs a win here to quiet his critics and doubters. 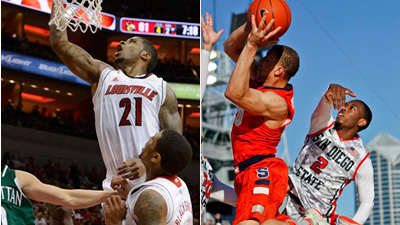 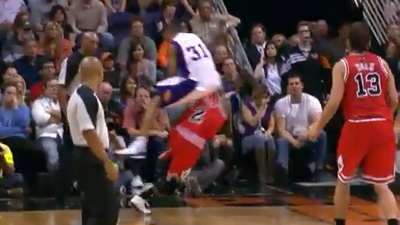