Reggie Bush jumped in a Deloreon and cranked it up to 88 miles per hour on Sunday.

Bush has looked like a new player ever since he was traded to Miami, but against the Colts, he looked like his old self again when he stutter stepped his way to an 18-yard touchdown run. The only thing missing was his patented flip into the end zone. The Dolphins still couldn't come up with a victory against Indianapolis, but Bush broke a few ankles on his highlight run.

Bush wound up with 41 yards on 10 carries and one touchdown on the way to a 23-20 loss. Bush and Mario Williams' contrasting play the last two years may have some people wondering who the best player in the 2006 draft was afterall. One thing is for certain though, it wasn't Vince Young.

Watch Bush's highlight run in the video below. 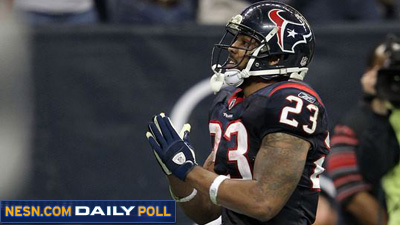 Vote: Which of the Patriots’ Second Half Opponents Is the Most Threatening?