Ndamukong Suh is one of the most physically talented players in the NFL. He’s gifted and has the physical skills — enormous size with speed and quickness — to go along with it.

Yet, Suh has by and large underachieved in his young NFL career, making headlines for just about everything other than finding success on the football field.

In fairness, however, underachieving goes hand-in-hand with being a Detroit Lion as of late. After a surprising playoff appearance last season, the Lions have fallen flat on their faces this season. They enter this week’s primetime matchup with the Green Bay Packers with a 4-8 record, sitting last in the NFC North.

One Lions player seems fed up with Suh and with the Lions in general, specifically his teammate and the team’s inability to live up to expectations.

“Yeah, we’re loaded,” an anonymous Lions player told Yahoo! Sports. “But we have a couple of guys who don’t understand what it takes to win. Just making a couple of plays and thinking that makes you great ? sometimes you want to just shake some of these guys and say, ‘Don’t you get it?'”

That player was then asked if there was anyone in particular who falls into that category.

“Ndamukong would be the first,” the player told the website.

Suh’s inability to get things done when it matters most was on display last Sunday against the Indianapolis Colts. Suh badly misplayed the game’s final play, allowing Colts quarterback Andrew Luck to scramble to his right and eventually throw the game-winning touchdown, handing the Lions another heart-breaking loss.

“It’s Football 101. Don’t let the quarterback get out of the pocket,” a member of the Lions coaching staff told Yahoo! Sports. “[Zone] coverage, only a touchdown can beat you, make the [quarterback] throw from the pocket, get in his face. But don’t, under any circumstances, give the quarterback a chance to escape and create. That’s where the defense breaks down.”

Suh was also criticized — albeit anonymously — for his lack of focus at times, the very reason plays like the Luck touchdown happen.

“He’s focused for 90 percent of the time,” a teammate told the website. “But it’s the 10 percent that kills you. ? With [Suh], he loses his cool and all of a sudden we’re blowing a play or dealing with some controversy.”

Suh also continues to give himself a bad name with the questionable on-field behavior after the whistle, like when he stomped on Packers lineman Evan Dietrich-Smith last season and appearing to kick Houston Texans quarterback Matt Schaub in the groin during the Thanksgiving day game this season. 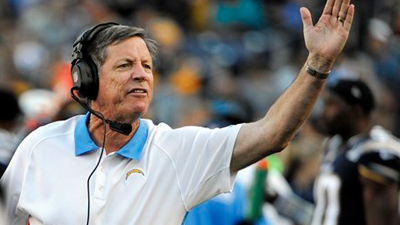 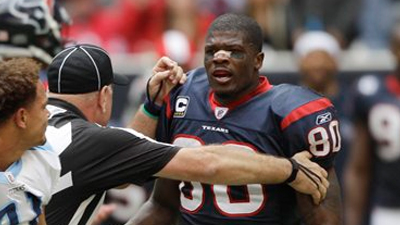