Arian Foster Is as Dangerous an Offensive Weapon as There Is in NFL, Which Should Scare Patriots - NESN.com Skip to content The bigger the game the better, at least that’s how Arian Foster has treated his first two trips to the postseason.

Foster became the first player in NFL history to rush for more than 100 yards in each of his first three playoff games on Sunday, tearing up the Bengals for 140 rushing yards. He began the feat last postseason by running for 153 yards against Cincinnati, followed by another 132 against the Ravens. Now, the three-time Pro Bowler turns his attention to the Patriots, against whom he struggled earlier this season.

During the Texans’ 42-14 blowout loss in Foxboro last month Foster managed just 45 yards on the ground, but it’s difficult to expect such a futile performance from him again this time around. Bill Belichick knows how talented Foster is out of the backfield and he sure isn’t giving the back’s Week 14 struggles any credence when preparing this week.

“I don?t think anybody cares right now whether he gained 145 yards or 45 yards. It?s more about what we have to do as a defense to handle the plays that they run.” Belichick said of Foster during a conference call this week. “We?re definitely going to have to do a good job on him.”

Even if Belichick isn’t worried about the statistics, they do show something of a trend how Foster’s play picks up in the postseason. During his three-game playoff career, Foster has carried the ball 83 times for 425 yards, which averages out to a little more than 5.1 yards per carry. He’s also caught 16 passes, including eight against the Bengals last week, and scored four touchdowns, which should at least concern the Patriots.

Foster’s effectiveness with the ball in his hands isn’t all the Patriots need to worry about with the versatile back, though. His efficiency with the ball also sets up another key element to the Texans’ offense: the play-action pass.

“There?s no question that he?s the key guy for Houston and their offense but his production also complements the other players as well and the other parts of the game,” Belichick said of Foster. “Not only the yards that he gains but how the running game controls the game for them, how it sets up their play-action passes, how it puts them in third-and-short situations.”

Matt Schaub and the passing game have been a big beneficiary of Foster’s effectiveness this season. Schaub is very good on play-action reads and usually can find Andre Johnson, Kevin Walter or Owen Daniels open over the middle or down deep off of the run-fake. But his ability to open up the passing game through play fakes is heavily attributed to the amount of attention that Foster commands on the ground.

There are very few running backs in the NFL that command as much attention as Foster and have as great of an impact in multiple facets of the game. Aside from Foster, Adrian Peterson and maybe Ray Rice, there really is no one else, and the Patriots are well aware of that reality.

The Patriots may boast one of the league’s best rush defenses and managed to hold Foster in check earlier this season, but the playoffs are a very different story. Foster isn’t your typical running back and this is by no means a typical moment.

So, while Belichick prepares his defense to challenge the Texans’ attack on Sunday, you can be sure that Foster is atop that list. 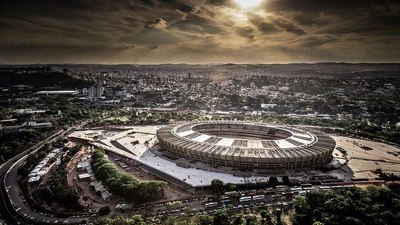 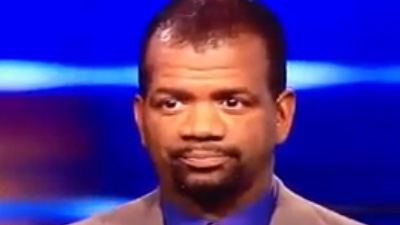