Claude Julien has had nothing but good things to say about Dougie Hamilton, but the Bruins’ head coach took it to a new level on Wednesday night.

Julien continued his praise when asked about Hamilton following Boston’s 4-3 overtime loss to the Rangers. The coach continued his complimentary ways, lobbing praise at his rookie defenseman.

“Anybody who watched the game [Wednesday night] had to see that this guy was outstanding,” Julien told reporters. “Not good, outstanding. He was so poised and confident, and if anybody thinks he can’t play in this league, they should take some time and watch this game.”

Hamilton looked a little shaky in the early going of his first road game as an NHL player. The 19-year-old was caught out of place for the second of Marian Gaborik‘s two first-period goals. He also forced himself out of position when he went for a big hit in the neutral zone and couldn’t deliver.

Perhaps most encouraging, though, was how Hamilton responded. He showed instant improvement in the second period. He continued to see time on the power play and was one of the main reasons the B’s were finally able to break through and get a power-play tally. Hamilton helped move the puck at the top of the zone, eventually cycling to the middle of the ice at the blue line. He put a shot on net through the Rangers’ defense, and that shot was tipped by Brad Marchand past Henrik Lundqvist, giving Hamilton his first career point. Hamilton almost picked up his second assist a few minutes later when he carried the puck down the wall on the right wing before finding Tyler Seguin sliding in behind the defense on the left wing. Seguin tried to bury the chance, but hit the post.

“I really, really liked his game and he was poised, and like you said, not just defensively, but offensively,” Julien added. “He made a great play on the power-play goal.

“I don’t know what more to say about this guy, but I think his teammates are seeing the Dougie Hamilton everyone projected. Right now we’ve got to keep him going with lots of confidence because that’s what he’s shown and we’ve got to keep that going.”

It’s clear that the Bruins are trying to do everything they can to pump Hamilton’s tires, but if you look at the stats, you can tell it’s not just lip service. Only Zdeno Chara logged more ice time through two periods Wednesday night, and while Hamilton did see his ice time cut some in the third and overtime, Hamilton still played 18:55 with 4:23 of that coming on the power play and another 1:10 on the penalty kill. He also put a team-high four shots on net. 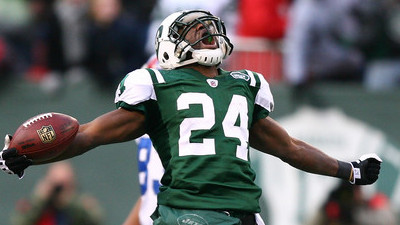 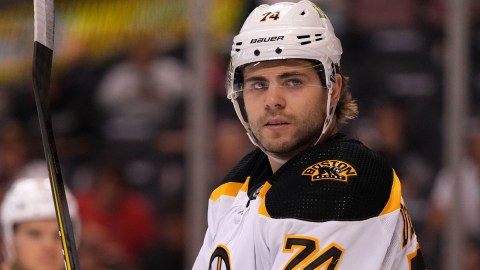