NEW YORK — The NHL and the union got back to work Friday, just not with each other yet.

Both sides had plans to meet separately with federal mediator Scot Beckenbaugh in the morning but hadn’t set up a time to return to bargaining in an effort to save the season.

The lockout reached its 111th day Friday, and the sides have only one week to reach a deal on a collective bargaining agreement that would allow for a 48-game hockey season — the minimum the NHL has said it will play.

Commissioner Gary Bettman set a Jan. 11 deadline for a deal so the season can begin eight days later.

Representatives from the league and the union met twice Thursday for small meetings, one dealing with the pension plan, but never got together for a full bargaining session.

A long night of talks Wednesday that stretched into the early morning hours didn’t end well and likely kept the sides apart most of the day Thursday. No new full-scale negotiations took place, and outside of a few relatively brief, small sessions on specific topics, it was basically a lost day.

The sides can’t afford many more days like that.

All games through Jan. 14, along with the All-Star game, have been canceled, claiming more than 50 percent of the original schedule.

The talks appeared to take a downward turn late Wednesday after the players’ association passed on declaring a disclaimer of interest that would have dissolved the union and turned it into a trade association.

The discord carried over to Thursday when Bettman had said he expected to resume negotiations at 10 a.m. at the request of the mediator. But the union was holding internal meetings then and didn’t arrive at the league office until a few hours later.

When players and staff did get there, they did so without executive director Donald Fehr. The group discussed a problem that arose regarding the reporting by clubs of hockey-related revenue, and how both sides sign off on the figures at the end of the fiscal year. The union felt the language had been changed without proper notification, but the dispute was solved and the meeting ended in about an hour.

The wait for more elaborate talks went on, and didn’t end until the players returned — again without Fehr — for a meeting about the pension plan. That one lasted just under two hours, and again the waiting game ensued.

But this time there wouldn’t be any more talks, big or little. Neither side issued a statement, and Bettman was seen leaving league headquarters shortly after 9 p.m.

The players’ association held a late afternoon conference call to initiate another vote among union membership that would give the executive board the power to invoke a disclaimer of interest.

Members gave overwhelming approval last month, but the union declined to disclaim before a self-imposed deadline Wednesday night. It wasn’t immediately known when a new authorization would expire. Players are expected to have 48 hours to vote, as opposed to the five days they were given the first time.

It was believed the union wouldn’t take the disclaimer route Wednesday if it saw progress.

“There’s been some progress but we’re still apart on a number of issues,” Bettman said Wednesday. “As long as the process continues I am hopeful.”

But optimism that arose after the disclaimer deadline passed took several hits Thursday.

The NHLPA filed a motion in federal court in New York seeking to dismiss the league’s suit to have the lockout declared legal. The NHL sued the union in mid-December, figuring the players were about to submit their own complaint against the league and possibly break up their union to gain an upper hand.

But the union argued that the NHL is using this suit “to force the players to remain in a union. Not only is it virtually unheard of for an employer to insist on the unionization of its employees, it is also directly contradicted by the rights guaranteed to employees under … the National Labor Relations Act.”

The court scheduled a status conference for the sides on Monday.

The sides have traded four proposals in the past week — two by each side — but none has gained enough traction. Getting an agreement on a pension plan would likely go a long way toward an agreement that would put hockey back on the ice.

Fehr believed a plan for players-funded pension was established before talks blew up in early December. That apparently wasn’t the case, or the NHL has changed its offer regarding the pension in exchange for agreeing to other things the union wanted.

The salary-cap number for the second year of the deal — the 2013-14 season — hasn’t been agreed to, and it is another major point of contention. The league is pushing for a $60 million cap, while the union wants it to be $65 million with a floor of $44 million.

In return for the higher cap number players would be willing to forgo a cap on escrow.

Both sides seem content on the deal lasting for 10 years, but they have different opinions on whether an opt-out should be allowed to be exercised after seven years or eight.

The NHL proposed last Thursday that pension contributions come out of the players’ share of revenues, and $50 million of the league’s make-whole payment of $300 million will be allocated and set aside to fund potential underfunded liabilities of the plan at the end of the collective bargaining agreement.

Last month, the NHL agreed to raise its make-whole offer of deferred payments from $211 million to $300 million as part of a proposed package that required the union to agree on three nonnegotiable points. Instead, the union accepted the raise in funds, but then made counterproposals on the issues the league stated had no wiggle room.

“As you might expect, the differences between us relate to the core economic issues which don’t involve the share,” Fehr said of hockey-related revenue, which likely will be split 50-50.

The NHL is the only North American professional sports league to cancel a season because of a labor dispute, losing the 2004-05 campaign to a lockout. A 48-game season was played in 1995 after a lockout stretched into January. 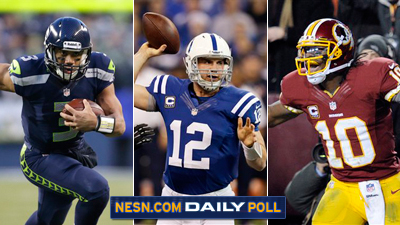 Vote: Which Rookie Quarterback Has the Best Chance of Reaching the Super Bowl? 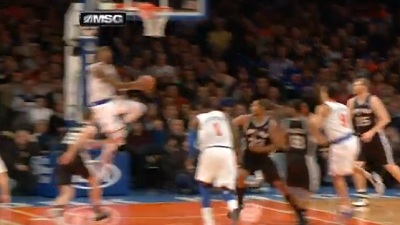 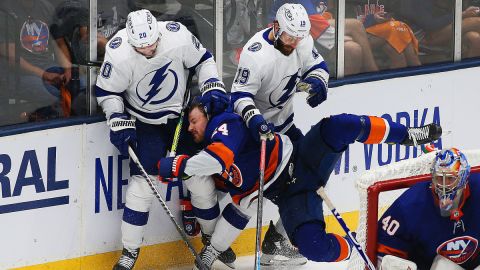