Patriots Are Most Complete Team Left in Playoffs, Even Without Rob Gronkowski - NESN.com Skip to content Only minutes after Sunday’s big divisional win in Foxboro, Vince Wilfork was already looking ahead to the Patriots’ next opponent. With the Ravens on the horizon, Wilfork didn’t just see another challenge on the Patriots’ road to the Super Bowl, though, rather he said he saw a “complete team.”

“Everywhere you look, they have playmakers. They have a tight end, they have running backs, they have several receivers, they have a good offensive line, good quarterback, good fullback. Defensively, I mean, where do you start?” Wilfork said. “They stack up well against a lot of teams just because of the people they have on that squad. It makes it tougher for teams to play against them because they really don?t lack in any area.”

Wilfork might have been merely pumping the tires — to use a Roberto Luongo favorite — of the Ravens and avoid offering up any bulletin board material with his comments. Then again, maybe he’s telling the truth. He is, of course, as much of an expert on “complete teams” as they come, seeing as he’s so familiar with the concept.

The Ravens, 49ers and Falcons are all talented teams and very deserving of their place among the final four in the NFL’s championship tournament, but still none of them are quite as complete as the Patriots.

New England boasts boatloads of talent all over the field, starting from the quarterback all the way through the kicker, and has one of the greatest coaches in NFL history running the show. Tom Brady, Wes Welker and Wilfork are the stars, but players like Aaron Hernandez, Jerod Mayo, Logan Mankins, Aqib Talib, Devin McCourty and even Matthew Slater, just to name a few, are all just as reputable in their respective roles. Yet even with the influx of talent, injuries seem primed to cramp the Patriots’ Super Bowl hopes.

Chandler Jones, Danny Woodhead, Rob Ninkovich and a number of other players are still battling through lingering injuries in hopes of playing in the AFC Championship Game, but the one guy who won’t take the field at Gillette Stadium on Sunday might be the most important of all.

Rob Gronkowski broke his left forearm for a second time on Sunday, ending the tight end’s postseason and leaving the Patriots without arguably their most dangerous offensive weapon. Gronk was Brady’s favorite red zone target, leading the Patriots with 11 touchdowns in just 11 games this season, and garnering tons of attention from opposing defenses. But while Gronk’s absence will certainly have an impact on the offense, the Patriots are too well constructed to fold under such adversity.

Fortunately, depth is not an issue for the Patriots. The likes of Hernandez, Welker and Brandon Lloyd will help replace Gronk’s missing production, and this is the exact reason why guys like Michael Hoomanawanui and Daniel Fells were signed in the first place.

Offense also has long been a forte of the Patriots, starting with the three Super Bowl winning teams, extending past the record-setting 2007 team and all the way up to the NFL’s top-ranked offense this season. Even during the five-game stretch without Gronk, the Patriots averaged 34 points per game, which was right on par with their season average. The running game, which caused problems in the past, also saw a resurgence with Stevan Ridley‘s 1,200-yard breakout changing that perception and adding an entirely new element to the offense.

The special teams struggled at times this year, and again against the Texans on Sunday, but they’ve been rock solid as a whole all season. Stephen Gostkowski overcame early struggles to finish his season strong, making eight of nine kicks to finish the season and nailing both field goals in the first playoff game. McCourty provided stability in the return game, and Slater’s leadership added consistency on the coverage teams. So, even with the shortcomings against Houston, the special teams unit is still a strength for the Patriots.

So, the offense and special teams have clearly excelled throughout the year, but the defense wasn’t quite as successful — at least not until recently.

The midseason addition of Talib instilled new life in the once hole-filled secondary, giving the Patriots a legitimate shutdown corner and allowing for McCourty’s permanent move to safety. He also offered the front seven more opportunities to pressure to the quarterback, which also helped cut down on the inordinate amount of passing yards seen through the first eight weeks. Since Talib’s addition, in fact, the Patriots have allowed an average of five less points per game — about 23 points per before the trade, but only 18 after. So, even the lone glaring weakness on the team has become a strength.

Now, only two games stand between Bill Belichick and the Patriots’ fourth Super Bowl title. Winning will be no easy feat with two of the NFL’s best teams — the Ravens and either the 49ers or Falcons — lined up on the potential slate. Gronkowski’s absence will only make that task even more challenging, too. But the Patriots are as well equipped as they come, and are built to overcome any obstacle — even if it stands at 6-foot-6 and spikes football like jelly beans.

So, if the Ravens are “complete,” as in Wilfork’s estimation, then Sunday should make for an epic showdown.  Gronk or not, the Patriots are as complete of a team as there is in football right now and hoisting another Lombardi Trophy is as likely as it’s ever been. 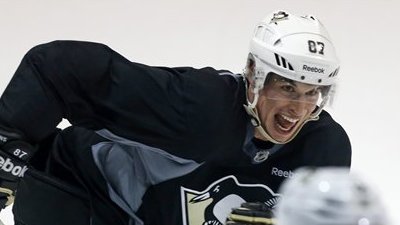 Sidney Crosby Ready to Return to NHL Elite After Rehab 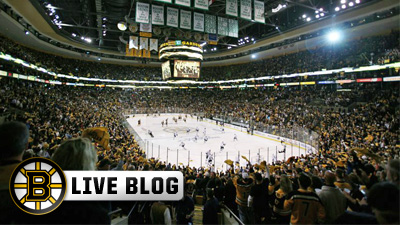