The Philadelphia Phillies are now 23 games into their season, more than one-eighth of the way through, and they stand at 9-14. This was a team that didn’t just need to, but was virtually required to get off to a decent start to prove this roster, however aged, could still win.

Instead, the team finds itself five games under .500 almost a month into the season.

It is time to blow up the roster and start over at Citizens Bank Park.

The Phillies needed a number of scenarios to work out to the best case for this team to be competitive. Virtually none of them have worked out that way.

Roy Halladay seems to have succumbed to the shoulder issues which plagued him last season. Ryan Howard has been healthy, but has continued his precipitous decline by putting up a .734 OPS thus far, which includes only three walks. Neither Domonic Brown nor Ben Revere have worked out as full-time players, as both languish with OPS figures below .700. Revere’s is particularly ugly at .474, good for a negative-.4 offensive wins above replacement already.

About the only thing that’s gone right for the Phillies has been the resurgence of Chase Utley, who, after an injury-plagued 2012 campaign, has gotten off to a hot start with the bat.

In any case, the Phillies have an aging core which only getting older, and a roster that isn’t even winning them baseball games here and now. A drawn-out argument really doesn’t need to be made to address the Phillies’ problems: This is an old squad that went just 81-81 in 2012 after winning 102 games in 2011, and keeping the roster intact the way it is just isn’t tenable for this team.

In short, the Phillies need to rebuild immediately, or they risk dooming themselves to long-term irrelevance.

Coming into 2013, most media outlets ranked Philadelphia in the bottom third of baseball in terms of its farm system. MinorLeagueBaseball.com had the Phillies ranked 20th, while Baseball America — probably the best resource for this kind of thing — has the team ranked 24th. The team has some pitching prospects in the pipeline, but is devoid of hitters due to a heavy investment in “toolsy,” project types of players who didn’t pan out.

So, with no real impact players coming up from the farm system, this is not a team that’s going to get better by standing pat with its roster and waiting. And that is exactly why the Phillies need to trade the commodities they have while those players still have value — And make no mistake, given the fact that basically all of their real commodities are on the “wrong side” of 30, they lose value every day.

The one piece of good news for Philadelphia is that, if the team acts now, there’s still a lot of trade-market value on the roster. If the team is willing to commit to a genuine rebuild, it could acquire an impressive crop of talent and turn around its farm system — and the long-term future of the big league team — virtually overnight.

Cliff Lee, Jonathan Papelbon, reliever Mike Adams and Utley are all players who could bring back an immediate, impressive return of prospects, particularly if the team is willing to eat some salary on Lee and Papelbon. Jimmy Rollins actually might be the kind of player who has more value closer to the trade deadline than now, as teams in contention come into focus. If Derek Jeter, whose return to the Yankees has now been pushed back a couple times, was unable to come back from his ankle injury, it’s not difficult to see Rollins ending up in pinstripes (assuming the Yankees have any prospects of value left to trade).

Heck, considering the scarcity of pitching around baseball, if Halladay can return to be even half of the pitcher he was before 2012, with his contract expiring after this season even he could have value. In actuality, even though Halladay’s been hit hard and his decline in velocity has been well documented, he still has a WHIP of just 1.09 this season, with a line drive rate that is basically identical to his career norm. So a partial return to form for him — a potentially valuable chip for the Phillies — isn’t out of the question.

That brings us to Howard, aka the embodiment of the Phillies’ poor roster decisions over the years. To not mince words, Howard is one of the highest-paid players in baseball, and, at this point in his career, is barely a league-average hitter with atrocious defense at first base. He’s also 33 years old and signed through 2016 at $25 million per year — and that doesn’t include a $10 million buyout for the 2017 season.

So, the Phillies may have to live with Howard and their awful decision to extend his contract two years before he hit free agency. Then again, the Red Sox probably never thought they’d be able to rid themselves of the contracts of Carl Crawford and Josh Beckett, and they parlayed those players into top prospects Allen Webster and Rubby De La Rosa. The moral is, if the Phillies can rid themselves of Howard — even if they have to eat the majority of his contract to do so — they should jump at the chance.

All in all, it’s difficult seeing general manager Ruben Amaro and the Phillies committing to a full rebuild, not in that high-pressure city. However, if the team declines to do the prudent thing, they could be facing an even longer, more painful journey back to relevance.

Once again, the Phillies desperately need to rebuild and blow up the roster, and they need to do it as soon as possible. 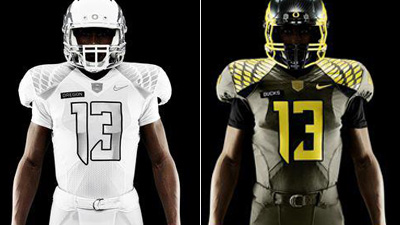 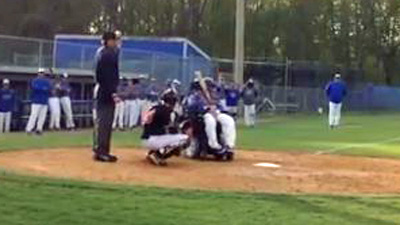