After cancelling this year’s Winter Classic event at Michigan Stadium, the NHL announced the game would still take place in 2014. This is usually the only outdoor game of the year, but for the 2013-14 season all that will change.

According to ESPN, the NHL is in the final planning stages of its outdoor stadium series scheduled for next season. The series will include six games — including both American and Canadian teams. The games will be played in various football and baseball stadiums across North America.

The first game will be the rescheduled and much-anticipated matchup in Ann Arbor at the “Big House” — the largest stadium in North American — between the Detroit Red Wings and the Toronto Maple Leafs. The next five games will follow in the coming weeks proceeding the Winter Classic. The report includes cities such as New York, Chicago, Los Angeles and Vancouver — additional cities will be announced in the next two weeks.

One game to have leaked is an All-California matchup at Dodger Stadium between the Anaheim Ducks and the Los Angeles Kings on Jan. 25. This will be one of three games outdoor games scheduled that week leading up to Super Bowl XLVIII on Feb. 2, 2014, in New Jersey.

The league would like to schedule two of those games in the New York area during Super Bowl week — both featuring the New York Rangers. The plan proposes two outdoor games at Yankee Stadium on Jan. 26 and Jan. 29. The Rangers would play the New Jersey Devils in the first game and the New York Islanders would make the trip down the Long Island Expressway on the 29th — oddly enough the Rangers would be the visiting team in both contests.

The next two games will take place after the Super Bowl during Hockey Week Across America — which starts Feb. 28 and runs through Mar. 2. One of the NFL’s most popular stadiums, Solider Field, will host one of those games. The Pittsburgh Penguins will make the trip out to Chicago to take on the Blackhawks on Mar. 1 — the last outdoor game in Chicago was in 2009 at Chicago’s other classic park, Wrigley Field.

On Mar. 2 the last outdoor game will take place. The Vancouver Canucks will host the third Canadian-based Heritage Classic in a matchup against the Ottawa Senators at B.C. Place. 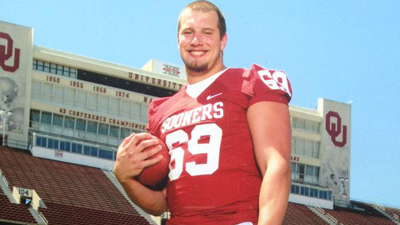