Report: Ryane Clowe May Be Close to Being Traded, With Bruins Among Potential Suitors for Forward - NESN.com Skip to content

The NHL trade deadline is just a couple of days away, which means the trade rumors could be about to ramp up.

One name that has been bandied about is San Jose Sharks forward Ryane Clowe. The veteran winger hasn’t done much this season in terms of production — he’s yet to even score a goal — but there is still reportedly plenty of interest across the league.

ESPN.com’s Pierre LeBrun reported via Twitter on Monday that the Sharks could be close to moving Clowe, saying that a trade could come as soon as Monday. Clowe has a no-trade clause, but according to LeBrun, Clowe will certainly have options. The Bruins are reportedly among a handful of teams who are interested in acquiring the 30-year-old.

The goalless Clowe has 11 assists in 28 games this season. He’ll be a free agent at the end of this season as well.

Kevin Ware Injury Too Gruesome to Watch, But Outrage Over Showing Replays of Incident Is Unfair 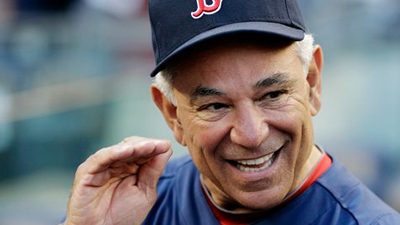