If Twitter serves as a legally binding contract, football fan Todd Sutton could be a millionaire. He’s prepared to settle for less, though.

Sutton got his 15 minutes of fame after Brewers slugger Ryan Braun was suspended for the rest of the MLB season Monday for violating the league’s performance-enhancing drug policy. A backlash whipped across the sports world after the ruling, with many piling on Braun and those who had defended him ever since his original, overturned suspension.

Packers quarterback Aaron Rodgers was among those defenders, and while he stuck up for Braun in several situations, none was as noticeable as a 2012 Twitter exchange in which he said he’d “put my salary” on Braun being clean when Sutton asked him whether he really thought Braun hadn’t used performance-enhancing drugs.

With Braun at last admitting to wrongdoing Monday, the Internet caught on quick and thought it may be time for Sutton to collect. Rodgers’ salary last year was $8.5 million, although some people are saying Sutton would only be due $4.5 million, as that’s Rodgers’ base rate for this year.

Either way, USA Today got in touch with Sutton and asked him if he was going to try to hold Rodgers to the Twitter bet. Sutton was finding the whole thing pretty funny, and he suggested a compromise.

“I’m not really expecting to hear from him,” Sutton said. “It’d be cool, but I doubt it’s going to happen.”

That ball has a tail. We don’t understand what’s happening here, but it looks dangerous. 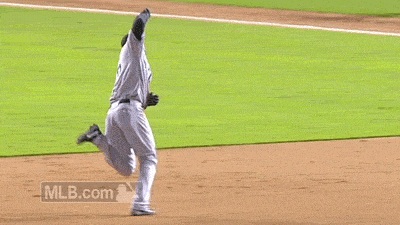