Jay-Z‘s venture into the sports management world has been heavily discussed over the past few months. So much so that he even rapped about it on his upcoming album “Magna Carta Holy Grail.”

Since taking his music and entertainment company, Roc Nation, into the sports world just a few months ago, Jay-Z has already inked such major athletes as Robinson Cano and Kevin Durant to the label. New York Jets quarterback Geno Smith also signed on with Roc Nation, but Jay-Z’s potentially illegal involvement in Smith’s recruitment brought on an investigation by the NFL Players Association into the rap mogul and his management company.

Jay-Z doesn’t seem too fazed by the allegations or the investigation, though. He even dropped a line about the NFLPA’s inquisition in one a track entitled “La Familia” on his new album. He leaked lyrics to the new song, along with some of his other joints, online over the weekend.

“NFL investigations / Oh don’t make me laugh / FBI investigation  / We stood up to that,” Jay-Z raps on the song.

There’s no telling how the NFLPA’s investigation might turn out, but from the sound of it, Jay-Z has already brushed that dirt off his shoulder. 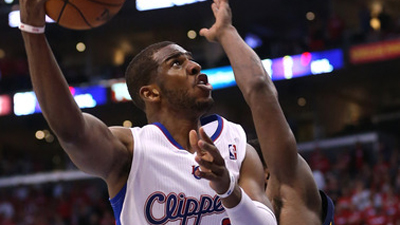