For most of his career, facing the Orioles has been a good thing for Jon Lester. The Red Sox left-hander holds a 14-2 record with a 2.86 ERA against Baltimore.

However, Boston has lost the last five games Lester has started against the O’s. The Red Sox will need him to return to his old ways against the Orioles if they are to earn a series win on Sunday.

Lester is coming off of a solid performance against the Rays in his last start. He went 6 1/3 innings while striking out eight and only allowing two runs. The win improved his season record to 9-6 and his ERA to 4.50.

Meanwhile, Boston will go with the same exact starting lineup from Saturday’s 7-3 win against Baltimore. That means that Mike Carp will once again get the start in left field over Daniel Nava and Jonny Gomes. David Ortiz will be back after getting ejected from Saturday’s game, and so will Stephen Drew after smashing two home runs and driving in five runs.

The Orioles made a few tweaks to their lineup, as Nate McLouth will get the afternoon off. L.J. Hoes will get the start in left field instead, and Taylor Teagarden will get the nod at catcher to give Matt Wieters a bit of rest. Wieters will still be the designated hitter, though.

Check out the starting lineups for Sunday’s rubber match below. 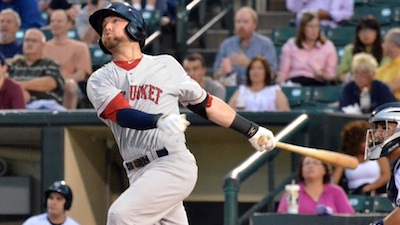