Percy Harvin will not be catching passes in Seattle anytime soon.

The wide receiver, whom the Seahawks gave up three draft picks to acquire over the offseason, tweeted Tuesday that his injured hip will require surgery, sidelining him for the foreseeable future.

The team confirmed this, stating that Harvin will undergo the surgery this Thursday.

The surgery will likely not derail Harvin’s entire season (NFL.com’s Ian Rapoport and others predict a three-to-four-month recovery period, which would set up a November return), but it is still a sizable loss for a team expected to contend for a Super Bowl this season. The 25-year-old would have led the Seahawks in receptions (62) and ranked third in receiving yards (677) last season despite playing in just nine games for Minnesota.

Harvin was a triple threat during his four seasons with the Vikings, amassing 3,292 receiving yards, 659 rushing yards, 3,144 yards on returns and 30 total touchdowns. He was expected to become a primary target for Seattle quarterback Russell Wilson this year alongside fellow wideouts Sidney Rice and Golden Tate. 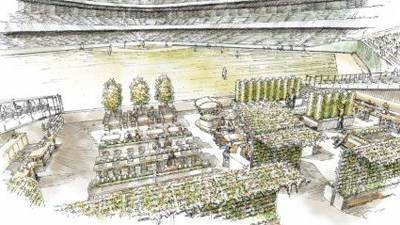