Rutgers defenders have never had much of a problem assimilating to the Patriots’ offensive and defensive schemes.

Devin McCourty starred as a rookie in 2010, Alex Silvestro swapped seamlessly from defensive end to tight end and Justin Francis came in as an undrafted rookie in 2012 and started two games. This year’s Scarlet Knight draft picks, Duron Harmon, Steve Beauharnais and Logan Ryan, appear to be picking up the defense just as easily.

Ryan was thrust into action with the first team and didn’t look half bad in the slot next to Aqib Talib and Kyle Arrington in his first (almost) real NFL snaps. He got beat deep by Jason Avant, but played well to his strengths, tackling, covering the shallow portion of the field and getting physical at the line of scrimmage.

The Patriots will need Ryan if Ras-I Dowling or Alfonzo Dennard miss any extensive time, and having a solid contributor backing up Kyle Arrington in the slot can never hurt. A move to safety could one day be in the cards for Ryan too. He has a similar skill set to McCourty and Arrington, excelling in zone coverage and in the run game.

Harmon outplayed last year’s second-round pick Tavon Wilson at safety. Harmon didn’t make any noticeable mistakes as he took most of the reps at free safety on the night. He was right on time for a couple throws by Matt Barkley, delivering one big hit to Ifeanyi Momah in the third quarter.

Harmon has played well at the position all training camp, even after missing time in the spring due to injury. Harmon was a surprise third-round pick, but so far it appears to be paying off. By the time the fourth week of the preseason rolls around, we could even see Harmon take some first-team snaps next to his mentor, McCourty.

Beauharnais looked like a mini Jerod Mayo at times last night as he manned the middle linebacker position with the second-team defense. Beauharnais has a nose for the ball and some underrated athleticism.

Beauharnais will likely play the majority of his snaps at special teams this season, but it’s nice to know New England finally has some quality depth at linebacker with Beauharnais, Jamie Collins and Dane Fletcher.

There’s a reason the Patriots can form a full secondary out of Rutgers guys and three-sevenths of a defensive front. Belichick knows guys that Greg Schiano coached are smart and hard working. There’s obviously something about Rutgers that makes the transition to New England a little easier.

Undrafted rookie Brandon Jones didn’t put on a bad showing Friday night either. Scott Vallone is the final Rutgers defender on the roster. He got limited snaps with the third team at defensive tackle.

The Rutgers players will be practicing against, and then playing, their former coach this week as Schiano and his Tampa Bay Buccaneers come to town for joint practices and a preseason game. That should be a real test for Harmon, Beauharnais and Ryan, as Schiano could know how to exploit the former Scarlet Knights. 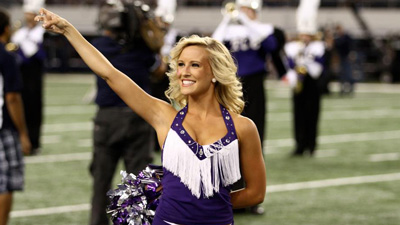