Bobby Valentine‘s comments Wednesday on the 12-year anniversary of Sept. 11, 2001 were puzzling enough. But when called out for what he said, Valentine dug in even deeper.

The former Mets manager blasted the Yankees on Wednesday saying New York’s other team wasn’t as involved in the relief efforts following 9/11 as the Mets were. The Yankees were nowhere to be seen, Valentine claimed, while essentially telling everyone how much he and the Mets did at the time. It was baffling why Valentine would bring up something like that, especially on 9/11, but it was summed up as Bobby being Bobby.

The Yankees, unsurprisingly, decided to respond to Valentine’s claims.

“Bobby Valentine should know better than to be pointing fingers on a day like today,” Yankees president Randy Levine said, according to ESPN.com. “[Wednesday] is a day of reflection and prayer. The Yankees, as has been well documented, visited Ground Zero, the Armory, the Javits Center, St. Vincent?s Hospital and many other places during that time. We continue to honor the 9/11 victims and responders. On this day, he would have been better to have kept his thoughts to himself rather than seeking credit, which is very sad to me.?

Levine wasn’t alone in defending the Yankees, either. Many recalled stories of trips, visits and kind gestures that the Yankees were involved in terms of both the organization as a whole and the players themselves.

?I don?t want to get into a he said, I said,? Yankees closer Mariano Rivera said, according to the New York Daily News. ?We know what we did. I?ll leave it at that. We know exactly what we did.?

Apparently, these stories weren’t enough for Valentine, who decided to keep it going. Obviously not willing to let anyone else have the last word, Valentine fired back at Levine and the Yankees.

“It was an emotional day for me,” Valentine said on NBC Sports Radio via Hardball Talk. “Every day, I don’t forget. I don’t know if I was trying to take credit for the team, but I was trying to make a fact. Twelve years of hearing what was done and hearing it reported incorrectly, I thought I’d state for the record there weren’t any Yankees out there.

“If there were, Mr. Levine could come up with a photograph of somebody at a firehouse or a funeral or at someone’s house. All I remember is people asking for the Yankees and me making excuses for them not being there.”

Hopefully this goes away soon, but with Valentine, you never know. 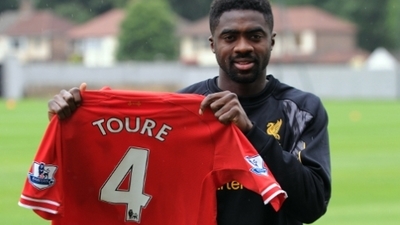