The first full NHL season after the lockout should be an exciting one as several new rules will go into effect for the 2013-14 campaign.

The NHL Competition Committee meets annually to vote on ways to improve the game. Usually, these changes relate to small facets of the rulebook or the particulars of penalty calling and have little effect on how the game is played. This season, however, several changes that the Competition Committee approved over the offseason will be implemented. Some are annoying and some could affect the outcome of games, so understanding the changes is crucial to enjoying hockey this season.

Check out all the rule changes to the NHL below.

Scoring across the league has been steadily decreasing since the 2004-05 lockout. Critics have pointed to a number of factors — the return of the trap, a decreased number of power plays, improved goaltending — but the league has chosen to adjust goalie equipment as the best way to boost scoring. Beginning this season, leg pads used by goalies will be shortened by about two inches. This is a relative number: pads will go no higher than 45% of the “distance between the center of [the goalie’s] knee and his pelvis.”

That may not seem like a big deal, but with the majority of the league’s goalies, including Tuukka Rask and Pekka Rinne, using a predominately butterfly style, when the goalie drops to his knees to block a shot, his five-hole is no longer covered by those longer leg pads. The opening is about four inches bigger — more than enough room for the league’s best snipers to put one in the back of the net.

Goalies will certainly try to adapt, but the NHL is hoping shooters can take advantage of the smaller pads and increase scoring across the league.

New nets are coming to the league, and while they don’t present a bigger target to shooters, the shallower net will create more space on the ice and new angles around the crease.  “The bottom depth of the net is now four inches shallower,” reports Katie Carrera of the Washington Post. “The radius on the curved sides is also smaller by four inches, creating new angles on the side of the net that take up less space than its predecessor.

This change is not directly related to scoring, but it will most certainly help teams on the power play. With more room to maneuver behind the net, teams that station a player behind the goal line while on the man advantage will see that players have more room to move the puck and more time to escape defenders.

The shallower nets will also make video review of goals clearer, but with less distance to cover around the back of the net, the real potential for this rule change is the return of the glorious wraparound.

Embellishment has become a hot-button issue in the NHL. Wide-scale video replay is still years away, but the league is taking its first steps toward video review on non-scoring plays this season. Any high-sticking penalty worthy of a four-minute double minor can now be reviewed by the officials.

Whether this will be used to downgrade the original call or search for a missed injury remains to be seen. The high-sticking penalty has become one of the most easily embellished calls in the game, and it will be interesting to see if any penalties are called back upon video review.

After years of injuries from pucks hitting players in the face and eye area like Ian Laperriere and Marc Staal, players will now be required to wear protective visors on their helmets. For individual players, visors have been a matter of preference for years, with some arguing that the decrease in vision isn’t worth the added protection. Enforcers often skate without them, especially considering the extra penalty fighters receive if they instigate a conflict while wearing one.

The league included a grandfather clause in the rule change, however. If a player has appeared in 25 or more regular-season or playoff games before this year, he may continue to play without a visor. Many veterans may take advantage of this clause, but many more have already snapped visors onto their helmets to protect themselves from career- and possibly life-threatening injuries.

Perhaps the most bizarre rule change for the 2013-14 season is the crackdown on how players wear their jerseys. It is now illegal for players to tuck their jerseys into their pants, as Wayne Gretzky made famous during his run with the Oilers. Similar to the NFL’s strict enforcement of their uniform policies, players will first be given a warning, then a two-minute penalty, followed by a 10-minute misconduct and possible game misconduct.

The rationale behind the rule is murky at best. Are officials really having that hard a time identifying players on the ice?  Fans of their teams’ color schemes and logos should hope so — some critics see this as the first step toward advertisements on jerseys.

The NHL has tightened the screws on fighting in recent years. The instigator penalty and strict enforcement of third-man-in rules have made it clear that the 1980’s style of beat ’em up hockey is well gone. The latest attempt to discourage staged fights is to add a two-minute minor for removing the helmet before a fight on top of the usual five-minute major.

While this won’t eliminate scrums around the net or altercations immediately following questionable hits, the league hopes fewer players will be willing to fight if it means repeatedly punching hardened plastic.

But as career tough guys Krys Barch and Brett Gallant figured out, rules were meant to be broken. 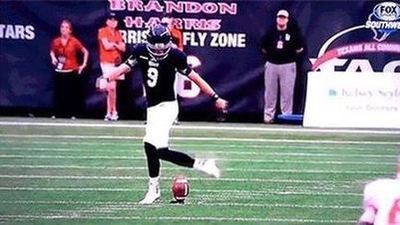