FOXBORO, Mass. — During the last two days of Patriots practice, Nos. 95 and 96 have lined up next to each other during warmups, constantly chatting in the brisk New England fall weather.

Andre Carter and Chandler Jones are both teaching and learning from one another as Carter tries to adjust to an only semi-familiar defense and Jones attempts to better his game with some veteran knowledge. Carter was with the Patriots, playing right defensive end, in 2011. He got hurt before New England made the Super Bowl, but the veteran still managed 10 sacks during the regular season and earned his first Pro Bowl appearance.

The next season, New England chose not to re-sign Carter and instead drafted his replacement, Jones. The Syracuse product has been a mainstay at Carter’s old position since the beginning of last year. This season, he’s well on his to his first Pro Bowl, accumulating 6 1/2 sacks in seven games to add to some stout run defense.

Carter is trying to quickly learn the new aspects of the Patriots’ scheme — which includes more looks in the 3-4 . Jones sees Carter as an savvy player who can help him improve.

“A little bit of both. A little bit of both,” Carter said about who’s teaching who. “For me, it was just more familiarity with the scheme. Some things have changed and some things have came back, so, it’s always trying to brush up on everything. When I came in in 2011, I had the preseason. They had a preseason, it’s long gone. It’s the season, I gotta rock & roll and make sure I know my P’s and Q’s. And we were just talking about pass rush in general, playing the run, just basic questions. It’s been good.”

It’s rare to find a second-year player who knows the system well enough to be able to teach a 13-year veteran. But that’s what the Patriots have in Jones. There aren’t many defenders left from Carter’s first tenure in New England, even if he’s only been gone for just over a year and a half. Only five defensive players are left on the 53-man roster from 2011 now that Vince Wilfork and Jerod Mayo are on injured reserve. Rob Ninkovich, Kyle Arrington, Devin McCourty, Dane Fletcher and Brandon Spikes are the only familiar faces left on defense (Rob Gronkowski, Julian Edelman and Matthew Slater don’t count, though they did play defensive snaps in that incredibly odd season).

Jones can also pick up a lot from Carter, who’s a similarly built player and whose career started much likes Jones’. Carter had 6 1/2 sacks during his rookie season with the 49ers, then boosted that number to 12 1/2 in his second season. Jones had 6 sacks last year and has already surpassed that amount this year.

“I’m learning every day from a guy who’s been in the league for such a long time,” Jones said. “It’s an advantage. Especially from him playing my position.”

Carter’s 2011 season was the only time he made the Pro Bowl, but his second season in the league, in 2002, was nearly as impressive. With Jones in his second season, there’s a lot Carter can teach him.

“He’s a good youngster,” Carter said about Jones. “I know he’s been very productive this season and I told him what I did and how successful I was my second year. So, I think he’s headed on the right track. And I’ve seen him become a good playmaker.”

The defense can become more balanced with Carter on the team. He’s a solid run stopper and pass rusher, so if he’s in on third down, the Patriots don’t need to be afraid the opposing team is going to run. It’s still unclear how New England will align with Carter in the fold, but he, Jones and Ninkovich all have positional versatility. Jones can play defensive end and defensive tackle in a 4-3 and outside linebacker and defensive end in a 3-4. Carter can play all four of those positions as well and Ninkovich adds versatility at strong-side linebacker in the 4-3. It’s possible all three players will play on a four-man front on third down.

“Andre’s a very, very smart player. He’s a big help,” Jones said. “I’ve learned so much from him just being around him for few days. He’s a guy who’s been in the system before. He’s been familiar with what’s going on. He’s a vet and I learn a lot from him.”

Carter can not only improve the defense by adding his skill set, but it’s never a bad idea to have an extra veteran in the locker room too. His locker is situated right next to Jones’, so they can compare notes on and off the practice field. Ninkovich was added as a defensive captain when the team lost Wilfork and Mayo, and now Carter becomes an extra leader in the defensive-line room. 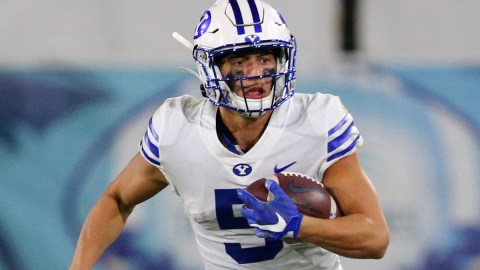