For those of you who were hoping for something bad to happen to Buffalo buffoon John Scott on Wednesday night, you got your wish. Big John had a tummy ache following his disgusting, head-hunting elbow on Bruins forward Loui Eriksson.

Scott, who tried to decapitate the B’s winger during Boston’s 5-2 win, spoke to the media on Thursday regarding the ugly play that earned him a trip to hockey’s principal’s office in NYC

“I was sick to my stomach last night knowing what happened,” he told Bill Hoppe, who covers the Sabres for the Times Herald.

“I get frustrated when people say I?m a goon and this and that. I have a role, I do,” he added. 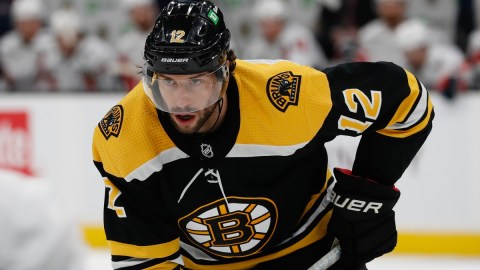