Patriots' Defense Was Just as Clutch as Tom Brady in Final Moments on Sunday, Holding Saints With Game on the Line - NESN.com Skip to content After Sunday’s nail-biter against the Saints, the Patriots are sitting pretty atop the AFC East at 5-1.

The New Orleans game will be remembered for Tom Brady‘s last second completion to Kenbrell Thompkins in the left corner of the end zone. And there’s good reason, it was a fantastic moment to win a tough game. But it was the defense, once again, that kept the Patriots in that game over and over again.

New England didn’t allow a fourth-quarter point this season until Week 4 against Atlanta. In that game, they started to allow the Falcons to come back in the fourth quarter, but held Matt Ryan and the Falcons to a field goal in their second-to-last possession. Aqib Talib famously ended the game by swatting a pass away from Roddy White when the game was on the line with 35 seconds left.

That was after Brady and the offense practically handed the game to the Falcons, fumbling the ball at Atlanta’s 38-yard line with less than 2 minutes on the clock.

The Patriots suffered their lone loss of the season last week against the Bengals. But New England’s defense did everything they could to put the offense in position to lead a game-winning drive.

Cincinnati went ahead by 10 points early in the fourth quarter, but the Patriots had to stop them from increasing their lead twice more in the final period. Devin McCourty forced a key fumble with 3:26 left on the clock as it looked like the Bengals were driving down the field.

Then, New England forced Cincinnati to go three-and out with just under 2 minutes left in the game. They came up with a key stop on third and 2 even after Vince Wilfork had been lost for the season early in the Falcons’ game and Tommy Kelly had hurt his knee on a non-contact play earlier in the quarter.

The Patriots were down to rookies Chris Jones and Joe Vellano at defensive tackle, but they were still able to make a key stop on former Patriots running back BenJarvus Green-Ellis for no gain.

New England allowed the Saints to take the lead midway through the fourth quarter on Sunday, but that was only after they had stopped New Orleans over and over again throughout the game. The game was really on the line when the Patriots chose to go for it on fourth-and-six, putting the defense in a nearly impossible situation.

With the score 24-23, New England had to hold New Orleans’ high-powered offense to a field goal. With the aid of timeouts, the Patriots only allowed the Saints to take 22 seconds off the clock. The Saints were only able to get 3 yards on the ground and the Patriots successfully limited New Orleans to three points.

That’s when Brady nearly lost it for the Patriots, when he threw an interception on New England’s next offensive snap. The defense had to go right back out on the field. This time, they were not only without Wilfork and Kelly, but they had lost Jerod Mayo and Talib earlier in the half. Now, without their best three defenders, they didn’t just hold the Saints to a three-and-out, they pushed them back 2 yards on a Chandler Jones sack.

That is what allowed Brady to march down the field, hitting Julian Edelman, Austin Collie, Aaron Dobson and, eventually, Thompkins for six. The offense would not have been able to win the game without an incredible late-game effort by the defense.

The big question now is whether the Patriots can continue their last-second heroics without all the lost pieces. We know Wilfork is gone for the season, but we don’t know the extent of Kelly, Mayo and Talib’s ailments.

The Patriots were able to hold the Saints for a few drives without their best defenders, but it’s less likely they’ll have the same success through a whole game, no matter who they’re playing. But there’s something about this defense. Even if they’re allowed a team to march down the field all game, they’ll hold tight when the game is on the line.

We’re used to seeing a clutch quarterback, but the idea of a clutch defense is unfamiliar in New England. 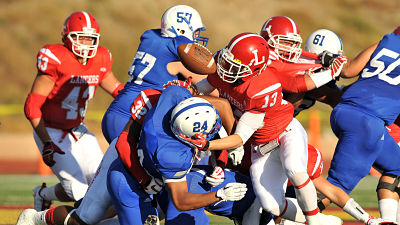 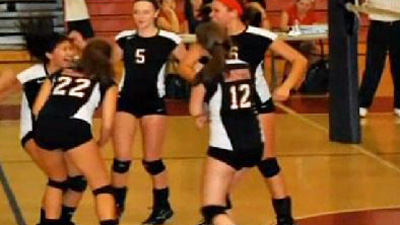