San Jose Sharks rookie forward Tomas Hertl stole the show on Tuesday night as he scored four goals in a 9-2 rout of the New York Rangers at the SAP Center.

Lost to some fans amid the excitement over Hertl’s remarkable performance was Sharks defenseman Brad Stuart‘s dangerous elbow to the head of Rangers star winger Rick Nash.

Stuart had a discipline hearing with the NHL on Wednesday and has been suspended for three games, according to Larry Brooks of the New York Post.

This decision from the league isn’t surprising when you consider that Stuart was reckless and the principal point of contact was the head. Nash also wasn’t in a vulnerable position.

Check out the official suspension video from the NHL’s Department of Player Safety below. 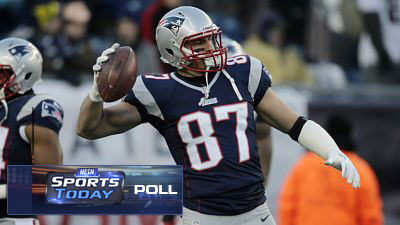 Vote: Whose Possible Absence, Rob Gronkowski or Tommy Kelly, Would Have a Bigger Impact in Week 6?