They say Lindsey Vonn has loosened Tiger Woods up. Really, the only way to find out is to see how he responds when she puts a squirrel on his neck.

Stranger things have happened, but it was a kooky day altogether at the Presidents Cup on Thursday. Vonn was in attendance to watch Woods (as was former President George W. Bush, for that matter). The U.S. captain, David Love III, was carrying a squirrel around with him on the course.

Well, Vonn asked to borrow the squirrel on one hole, apparently, and decided to surprise her beau by placing it on his neck.

Talk about cool under pressure — Woods, while initially surprised, soon warmed up to his fuzzy buddy. He was seen later with the squirrel chilling out on his shoulder.

Check out photos and video of the newest rendition of the rally squirrel below. Apparently it’s a great time to be a Browns fan. Yeah, that kid knows some stuff about the Seahawks. 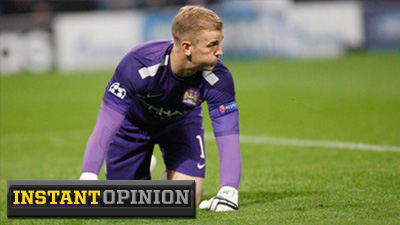