The Patriots went into Atlanta on Sunday night and put a stamp on their first landmark win of the season. Even after improving to 4-0 for just the fourth time in his career, Tom Brady still doesn’t seem impressed.

?We?re doing OK,? Brady said during his weekly appearance on WEEI’s Dennis and Callahan Morning Show. ?We?re just trying to grind it out.

Brady threw for a season-high 316 yards and tossed two touchdowns in the 30-21 win. He also further established his connection with rookie receiver Kenbrell Thompkins, who caught six passes for 127 yards and an impressive diving touchdown grab in the end zone.

The offense was well rounded on the night, too, finding a perfect balance between the run and pass game — each seeing 31 attempts. Stevan Ridley and LeGarrette Blount steadied a ground game that posted 132 rushing yards, which helped set a new season high with 448 total yards from the offense. Last season, that sort of output would have been viewed as commonplace in what was the NFL’s top-ranked offense. This year, with injuries ravaging the offense and so many new weapons on the outside, expectations aren’t the same. Brady is well aware of the differences, and he knows that means the Patriots can’t afford the same mistakes they once did.

“We just don?t have a lot of margin of error right now,” Brady said. “Who knows if we will all year, but in order to win these games we?re going to have to really be at our best.?

The defense has been up to the task so far this season, allowing the sixth-fewest points (14.3) per game and ranking eighth in turnover margin with a plus-four. The offense hasn’t enjoyed the same sort of success, though, scoring just 22.3 points per game (20th) and averaging a middling 242.3 passing yards (17th).

Brady knows there are some challenges ahead for the Patriots, with a trip to Cincinnati and a visit from the Saints coming up in the next two weeks. Adding guys like tight end Rob Gronkowski and wide receiver Danny Amendola back into the fold will help, but Brady knows that won’t mean an automatic fix for the offense.

“Hopefully we have a little margin of error,” Brady said. “Hopefully when guys get healthy we?ll be a little bit more more well-rounded in our offense and be a little tougher to defend. But I don?t think we?ve got everything figured out quite yet. We?ve got a long way to go.? 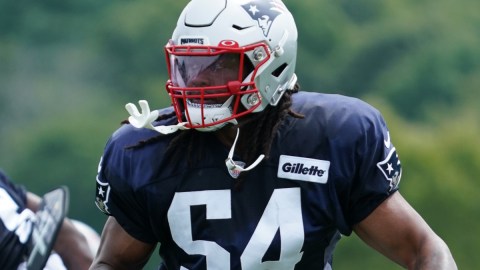 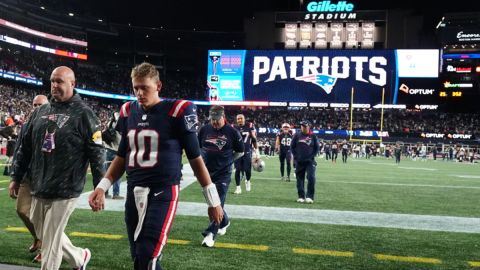