Pending a physical, the Yankees and McCann have agreed to a five-year, $85 million contract, Ken Rosenthal of FOX Sports is reporting. According to multiple reports, there is also a vesting option for a sixth year, which would make the contract worth $100 million.

McCann’s average annual value ($17 million) is the highest ever given to a free-agent catcher. Joe Mauer‘s AAV ranks higher at $24 million, but it was part of an extension to stay with the Twins.

CBS Sports’ Jon Heyman adds that the former Braves backstop has been given a full no-trade clause. 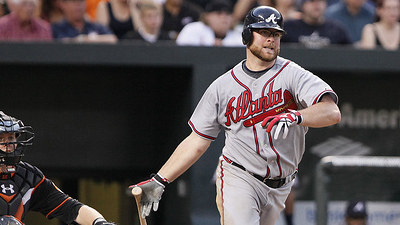