Baseball’s most prominent agent didn’t shy away from his true feelings about some teams financial decisions around the league, sharing his somewhat harsh and mostly perplexing thoughts about the Mets, Cubs and Astros. With a group of reporters, Boras stood in the hotel lobby after Day 3 of the general managers’ meetings and let his feelings fly, firstly fielding questions about the Mets.

“The Mets are like NASA,” Boras said. “They have big rockets, a lot of platforms and very few astronauts. Astronauts are hard to find. They’ve got one guy with the ‘Wright’ stuff, that’s for sure. And they’ve got a lot of Arm-strongs, too. But they’re certainly a club that I’m sure that’s in pursuit of a higher level of talent.”

Fearing that the Mets are investing too much energy into their cornerstone, David Wright, as well as their young pitchers such as his client Matt Harvey and Zack Wheeler, Boras advocated for franchises to spend the big bucks on free agents — something New York can’t afford to do as they continue to recover from the fortune that owner Fred Wilpon lost in the Bernard Madoff Ponzi scheme.

“I think the ability to spend and actually spending are two different things. And that’s only for the Mets to diagnose,” Boras said. “Certainly their franchise value has gone through the roof — they’re well over $2 billion. They’re a very successfully run business operation. The Mets have the ability to do pretty much what they want to do. But it’s hard to find astronauts.”

Boras then moved on to another team familiar with struggling, the Chicago Cubs, who have recorded four straight losing seasons. The North Siders don’t have to worry about any astronauts though, as they’re far too concerned with their spaceship. Boras came down on the owners of the Cubs, the Ricketts family, for worrying too much about revamping Wrigley Field, and not worrying enough about revamping their payroll.

“You’re developing the infrastructure, but fans don’t come to see seats, grass, cement. They come to see players,” he said. “They’ve done a great job in the draft and development and they’ve got a really good core of young players coming, but it is just not what’s expected when you have a [family] buy a major-market club.”

Boras saved the easiest target for last, going after the lowly Houston club. With three straight 50-win seasons under their belts, the Astros have secured their spot as the laughingstock of baseball, and despite cutting their payroll to around $29 million, Houston plans to spend this winter, leading Boras to joke about what that might mean for the future of the club.

“The Astros,” he said, “they’re like Disneyland. If the kids come, it’s a great attraction.” 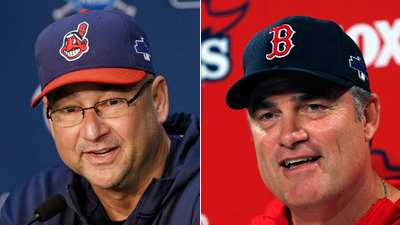 Terry Francona, John Farrell at Heart of Manager of the Year Snafu That Really Isn’t Worth Getting All Worked Up About 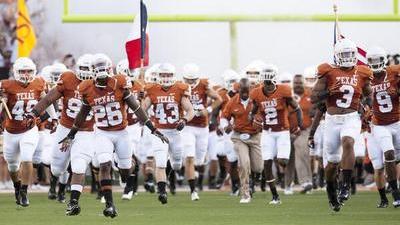 Texas, Oklahoma State to Meet in Battle of Big 12 Rivals, Will Jockey for Conference Position