Carlos Beltran Fires Back at Mets Over 2010 Incident, Says He Was 'Hurt' by Organization - NESN.com Skip to content Carlos Beltran officially stands as a symbol of the Yankees-Mets crosstown rivalry.

Beltran signed a seven-year, $119 million contract with the Mets in 2005 and spent six-plus seasons with the club until being traded to the Giants at the 2011 trade deadline. He was very productive in that time — earning five All-Star selections and winning three Gold Gloves — despite being remembered mostly for striking out looking against Adam Wainwright in the Mets’ Game 7 loss to the Cardinals in the 2006 NLCS.

Things got a little rocky between Beltran and the Mets in 2010, though, as he was singled out and subsequently trashed by anonymous sources for missing an appearance at the Walter Reed Medical Center. The issue went away for a while, with Beltran explaining that he was in Puerto Rico the day of the missed visit to work with one of his charities. The whole ordeal clearly left a bad taste in Beltran’s mouth, though, as did the Mets’ handling of his previous knee problems.

“All the controversy about the Walter Reed,” Beltran said Friday. “The knee — the organization trying to put me as a player that was a bad apple. I was this, I was that. I can deal with 0-for-4 and three strikeouts and talk to [the media]. But when someone is trying to hurt you in a very personal way, trying to put things out there … then we got trouble. Now, it’s personal.

“When they say all that about myself, I was hurt. You cannot believe the organization that signed you for seven years is trying to put you down. In that aspect, I felt hurt.”

Beltran continued to be productive after leaving the Mets, and that path has led him back to New York, where he will don pinstripes for the next three years. The Yankees hope that it’s a fruitful relationship, while the Mets have all the more reason to despise their crosstown rivals. 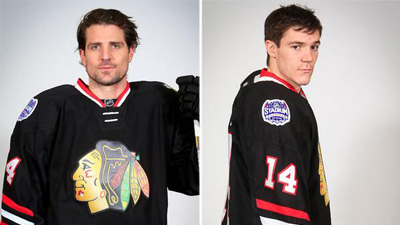