Kris Humphries Seizes Opportunity, May Have Played His Way Into More Minutes With Celtics - NESN.com Skip to content BOSTON — Jared Sullinger has quickly emerged as the Celtics’ best player this season, but for him, the best win of the season may have been one in which he was hardly needed.

With a Sunday afternoon game looming and the second-year forward still working himself back into shape after offseason back surgery, Sullinger had the luxury of watching most of the second half from the bench as his team polished off a 106-98 victory over the Nuggets on Friday.

The fact that the Celtics were able to fend off the formerly white-hot Nuggets after letting a 27-point lead dwindle to three points in the third quarter was a testament to Boston’s bench — and to Kris Humphries, the little-used reserve who took the game on his shoulders when Sullinger and the rest of the team were struggling.

When Celtics coach Brad Stevens called for Sullinger to re-enter the game with less than three minutes left, Sullinger almost did something he never does and begged out. He ended up playing the final 2:36 for a total of 20 minutes of floor time, his fewest minutes since Nov. 16.

“I wanted Hump to stay in there because he was playing great,” Sullinger said. “I know I’m well-rested for the 12 o’clock game against New York, so it feels great playing 10 less minutes than I normally do and just watching Hump play well. He puts in his work every day. When he wasn’t playing as much, he was running, doing his conditioning, and now that he is playing, he’s still doing his running and conditioning. Hump puts in a lot of hard work and there’s a reason he gets paid what he does and it’s the reason he’s been in this league for so long.”

There are trying seasons and then there are seasons like the one Humphries has had. He began last season as a key member of the playoff-bound Brooklyn Nets but gradually played his way out of the rotation. He averaged fewer than 12 minutes per game in the Nets’ first-round playoff loss to the Bulls. After coming to Boston as part of the Paul Pierce and Kevin Garnett trade, he was sidelined from the get-go with five DNPs in the Celtics’ first 10 games.

Since Kelly Olynyk sprained his right ankle two weeks ago, though, Stevens has had no choice but to turn to Humphries. Friday marked the second straight game in which Humphries played more than 20 minutes and it turned out to be by far his best game as a Celtic with 18 points and seven rebounds.

Outside of the Celtics’ locker room at TD Garden or their training facility in Waltham, there seems to be a perception that Humphries is aloof, snobby or just an all-around bad guy. Nothing seems further from the truth. Teammates ribbed him about the mosh pit of reporters surrounding his locker after his season-best performance, but at the same time raved about his professionalism. Rookie Phil Pressey ran “17s” — a grueling running drill — in practice on Thursday to help Humphries stay fresh, even though Humphries had no idea his number would be called on for such extensive action.

Humphries’ performance has created a nice problem for Stevens. When Olynyk returns, possibly as soon as next week, the Celtics will have five players capable of playing the center or power forward positions in Sullinger, Humphries, Olynyk, Brandon Bass and Vitor Faverani. Sullinger and Bass aren’t going anywhere, the Celtics are still high on Olynyk, and Faverani had a rare productive game with seven points against the Nuggets. The front line is crowded in Boston, and Humphries may have made Stevens’ challenge in divvying up minutes even tougher.

Whether or not Humphries’ minutes decline again or a different player becomes a minutes casualty, Gerald Wallace expects the same things from Humphries, though perhaps not in the same volume. Humphries and Wallace are now in their third season as teammates, so Wallace wasn’t shocked to see what Humphries could do, given a chance.

“He did what he’s known the do,” Wallace said. “He came in, he rebounded, he made shots, he made plays and he did all the hustle things. Those are things, I’ve known him 2 1/2 years, that’s what I’ve known him to do. His opportunity called and he took advantage of it.” 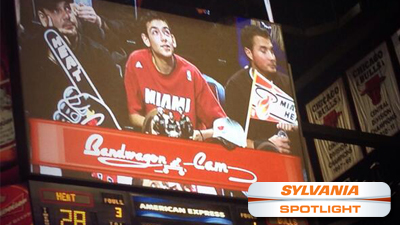