Kevin Prince-Boateng is glad that he’ll probably be well enough to play in his team’s next game and at the 2014 FIFA World Cup because he could have been worse off.

Boateng, a midfielder for German club FC Schalke 04 and Ghana’s national team, was attacked by an unknown assailant on the street in Kaarst, Germany, on Wednesday. He went to a local hospital after suffering bruises to his ribs, back and neck, according to German broadcaster Deutsche Welle.

“German mass-circulation paper Bild later reported on its website that Boateng was leaving the house of his ex-wife after visiting his young son at Christmas,” the report says. “According to Bild, Boateng was struck once by the assailant and fell onto a vase as a result.”

The attack took place in broad daylight (at around 12:45 p.m.). Police are seeking potential witnesses, who can help identify the attacker.

Boateng’s injuries are not believed to be serious, and he went home after the hospital visit. He should be physically ready to play for Schalke when it travels to Hamburg on Jan. 26.

The German-born Ghanaian international only recently returned to the Bundesliga (German first division), having joined Schalke from AC Milan in late August. The switch ended a three-year stay with the Italian giants, during which he rose to on-and-off-field prominence as a talented playmaker and anti-racism campaigner. He also had previous spells in the Premier League with Tottenham and Portsmouth. Sandwiched in-between those two English stops was a one-year stint with Borussia Dortmund — Schalke’s fierce local rivals.

It’s also worth noting that his half-brother, Jerome Boateng, is a regular starter for Bayern Munich and Germany’s national team. The Boateng brothers will face off in Bundesliga play in March and at the World Cup in June.

It’s unknown whether any of these factored into the attack, but police believe it might have.

“There are indications that the motive for the crime is connected to the personal affairs of the 26-year-old,” a police statement said. 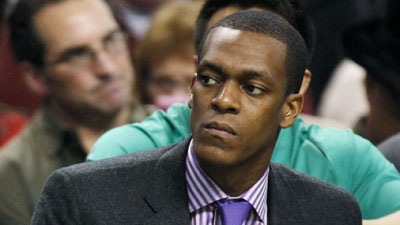