Zac Rinaldo may have only seen four seconds of ice time on Saturday afternoon, but he made sure they were an eventful four seconds.

Less than two minutes into Philadelphia’s contest against the Stars, the Flyers agitator was ready to drop the gloves with fellow agitator Antoine Roussel. The Stars forward wanted nothing to do with the scrap, but Rinaldo viewed Roussel’s unwillingness to spar as a mere speed bump in his plans.

Rinaldo jumped his unsuspecting opponent, missed with a sucker punch and eventually landed a heck of a hit on a cowering Roussel once he got him down to the ice. Rinaldo received a two-minute minor, a five-minute major, a 10-minute misconduct and a game misconduct for his actions, but the Stars were unable to get on the board during their seven-minute power play.

Check out all of the shenanigans from the first period in the video below. 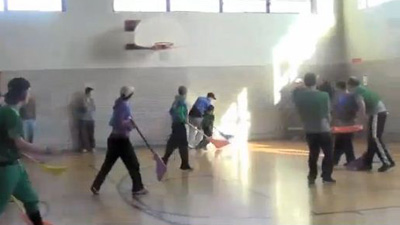