BOSTON — Despite being just 22 years old and making his way through only his second season in the NBA, Jared Sullinger takes a backseat to nobody.

Unless, that is, he’s in an exhibition game where the crowd wants to see nasty crossover dribbles and nifty behind-the-back passes. Sullinger’s brand of bruising low-post basketball doesn’t hold much attraction in events like that, and he knows it.

So with the news Wednesday that Sullinger and Boston Celtics teammate Kelly Olynyk had been named to the BBVA Compass Rising Stars Challenge game, to take place during NBA All-Star Weekend in New Orleans, Sullinger was excited. Yet he admitted nobody should expect him to win the game’s Most Valuable Player award.

“It’s a guard’s game,” Sullinger said before taking on the Sixers. “You’re going to see me around the 3-point line a lot. I’ll just let the guards go to work.”

Sullinger and Olynyk were among 18 rookies and second-year players chosen to the roster pool. At some point, two general managers will be named, and those GMs will hold a draft for players in the pool.

The event itself can hardly be called a “game” — defense is frowned upon and post-ups are rare, as Sullinger noted — but the level of competition isn’t the point. The biggest benefit to young players is in being part of the All-Star festivities. Coaches and management hope that being that close to so many elite players and getting exposed to the hoopla of those few days motivates young players to want to improve and get back some day as real All-Stars.

“It’s a nice honor for them,” Celtics coach Brad Stevens said. “I think the best part about it is, they both can get a lot better. [It’s a] good start to their careers, although I think both would like to play better on a night-in, night-out basis. Hopefully, that’s just a validation for them and it encourages them to continue working the right way.”

Strangely, this week’s trip to New York to play the Knicks reinforced the significance of being part of All-Star Weekend for Olynyk.

“A good example is, I didn’t know how big the Super Bowl really was until I got down to New York and realized that a week before the actual game, there’s so much going on. All the scenery, the setup, all that stuff. I’m really eager to see what’s in store.”

No matter what the weekend holds for Olynyk and Sullinger, the Celtics hope its a trip that becomes common in the coming years. 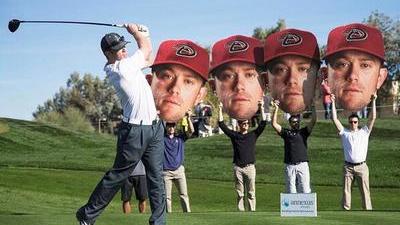 Shane Victorino Motivated By Playing In Boston: ‘I Love It’