The Red Sox are well-positioned to contend for another American League East crown in 2014. But if another World Series title is in the cards, certain chips will need to fall Boston’s way.

From good health to good fortune to bounce-back seasons from key players, everything seemingly went right for the Red Sox in 2013. With much of Boston?s core remaining intact this offseason, 2014 might hold a similar fate, although championship success shouldn?t be taken for granted.

The Red Sox lost Jacoby Ellsbury and Jarrod Saltalamacchia, among others, this winter, yet appear to have pieces to withstand those losses. Boston also has a surplus of starting pitching, which is a crazy commodity in an age when pitching depth can vanish at the drop of a hat.

Let?s keep in mind, however, that the Red Sox — despite having the look and feel of a repeat champion — also will enter 2014 with a few questions. Perhaps these questions will be answered in short order rather than morph into detrimental issues, but they?re worth keeping in mind when assessing the Major League Baseball landscape for 2014.

Below are a few ?ifs? — for lack of a better term — that must be considered. None of them are meant to crush Boston?s optimism. They?re simply areas that could become pain points for the Red Sox if things don?t go according to plan.

Will Middlebrooks? resurgence isn?t just something that the Red Sox are hoping for this season. It?s a necessity given Boston?s current roster construction.

If the Red Sox don?t re-sign Stephen Drew, they?ll enter the season with Middlebrooks at third base and Xander Bogaerts at shortstop, which is fine and good until something goes awry.

What if Middlebrooks looks like the guy who hit .227 with a .271 on-base percentage and 98 strikeouts in 94 games last season? What?s Plan B at third base?

The Red Sox acquired utilityman Jonathan Herrera from the Colorado Rockies, re-signed Brandon Snyder to a minor league contract and still have Brock Holt down on the farm. But while all are capable placeholders and certainly have value, they aren?t the types of players who the Red Sox want plugged into their everyday lineup.

That leaves Garin Cecchini and Deven Marrero, with Cecchini the more logical option based on his offensive prowess and his presence on the Red Sox? 40-man roster. Cecchini probably could hold his own at the major league level in 2014 — something that Red Sox director of player development Ben Crockett recently noted — but the Red Sox would prefer to see the 22-year-old fine-tune his skills in the minors for one more season.

Bogaerts? situation goes hand-in-hand with Middlebrooks?. The Red Sox need the 21-year-old rookie to produce in 2014 if Drew leaves via free agency, or else the club will find itself in an unfavorable infield predicament.

Bogaerts showed in October why he?s one of Major League Baseball?s premier prospects and, by all accounts, a future superstar. But while the likely scenario is that he?ll hit the ground running in 2014, some occasional growing pains shouldn?t be ruled out. (Nor should an injury, knock on wood.)

The left side of the Red Sox? infield could be a strength this season if Middlebrooks and Bogaerts play up to their potential. But it also could become an area of concern if the duo falls short of the Red Sox? high expectations.

No one is expecting Jackie Bradley Jr. to be the second coming of Jacoby Ellsbury in 2014. For one, they?re vastly different players. But also, it?s an unreasonable amount of pressure to put on a soon-to-be 24-year-old with just 37 games (95 at-bats) of major league experience.

The Red Sox will need Bradley to produce in some capacity, though, even if Grady Sizemore ultimately wins the center field job out of spring training. The tandem of Ellsbury and right fielder Shane Victorino was such a key component of the Red Sox? success last season — both offensively and defensively — that it shouldn?t be taken for granted that Boston will easily replace that production.

The Red Sox could enter the season with rookies at two premium positions — center field and shortstop. Even if it doesn?t become an issue, it?s a rare situation that’s hard to project right now.

Ellsbury?s departure leaves the Red Sox without a leadoff hitter.

John Farrell already has pointed to Victorino and Daniel Nava as two leadoff candidates because of their on-base ability, but each hitter would need to adjust to his new role.

Farrell likely will mix and match his leadoff hitters to begin the season, which is added stress that the skipper wasn?t forced to deal with much in 2013.

Koji Uehara arguably was the Red Sox? most important addition of 2013. What will the energetic closer have lined up for an encore?

The Red Sox probably aren?t too worried about Uehara dropping off in 2014, but it should be noted that he?s turning 39 in April and is coming off a career-high workload. Even if Uehara continues his dominance, Farrell might be forced to monitor the veteran right-hander?s usage even more than he did in 2013.

Reports of A.J. Pierzynski’s polarizing personality likely are overblown, so the Red Sox shouldn’t worry too much about the 37-year-old catcher fitting in from a chemistry standpoint. It’ll be interesting to see how Pierzynski handles the pitching staff, though.

Jarrod Saltalamacchia and David Ross formed a solid catching tandem last season, both offensively and from a game-calling standpoint. Since much of the Red Sox’ 2014 success could be predicated on pitching, it’ll be important for Pierzynski to build a good rapport with the staff early on. 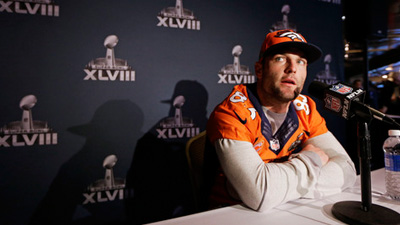 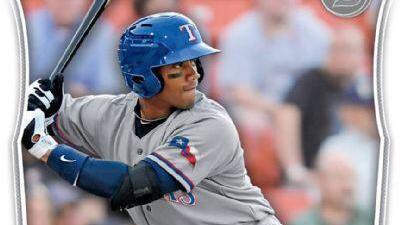