The one qualm hockey fans could have with the Olympic version of the game is the absence of fighting, which is punished by an automatic game misconduct in international play.

Luckily for pugilism fans, though, the American Hockey League plays straight through the Olympic break, and Providence Bruins veteran Bobby Robins is always down to put on the foil.

Robins has dropped the gloves 19 times this season, according to HockeyFights.com, with his latest bout coming Sunday against Hartford Wolf Pack winger Shawn O’Donnell. The 32-year-old took it to the younger O’Donnell, peppering him with a wild flurry of rights before wrestling him down to the ice.

Check it out in GIF form below, courtesy of @myregularface. 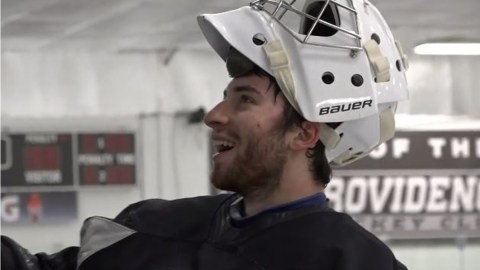 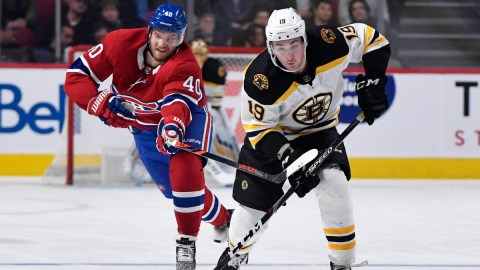