The New Orleans Pelicans inbounded and the Boston Celtics failed to foul for more than five seconds. The clock ran out and the Celtics lost. Uh, OK.

Anthony Davis was a beast with 40 points and 21 rebounds, while Jeff Green delivered 39 points. The Celtics (22-45) also got 16 points, 12 rebounds and a game-tying buzzer-beater from Kris Humphries and a clutch 3-pointer by Jared Sullinger. The Pelicans (27-39) won despite shooting just 3-for-15 beyond the arc.

But the conversation from this game will be dominated by the bizarre final sequence, when the Celtics either chose not to or simply forgot to foul.

Aminu does it again, fouling Green in the act of hitting a layup. Now it’s a one-point game and the Celtics have a chance, if they can foul quickly.

Overtime, :09.4, Pelicans 121-117: Gordon didn’t have any trouble hitting both free throws, but the Celtics will have a tough time knotting this up in 9.4 seconds. As you may be aware, four points is a two-possession game, unless Aminu would like to foul somebody in the act of shooting a three again.

Only, this time, the Celtics would have to make the three, too.

Overtime, :10.3, Pelicans 119-117: Not this time. Stevens drew up a play to get Sully a three off a drive-and-kick, but Sully’s shot clanged off. The Pels are back in the situation to be able to win if they hit their free throws.

Overtime, :19.6, Pelicans 119-117: The Celtics will not die. Sullinger, who is having a tough shooting night, drills a triple to pull Boston within a basket. Evans then loses the ball out of bounds.

Davis has 40 points and 20 rebounds — yes, really — and he’s taken all the gas out of Humphries, who has to guard him in addition to hitting fadeaway jumpers. The Hornets/Pelicans/whatever might want to hang onto this guy.

End of regulation, game tied 112-112: Humphries sees Davis’ pull-up jumper on the previous possession and raises him one catch-and-shoot, turnaround jump shot swish the tie the game and send us to overtime.

Humphries was about the sixth option on the inbounds, but when Green was covered near the hoop and away from the hoop and the Pels denied everywhere else, Rondo was forced to go to Hump — who came through.

That … was an interesting thing to do, Aminu.

Fourth quarter, :06.4, Pelicans 110-107: So, the Celtics fouled. It just took a while. Brian Roberts goes to the line after the Celtics allow an inordinate amount of time to come off the clock and he calmly drops both.

The Celtics got a stop, but Sully was tied up on the rebound. Then the Celtics won the loose ball, but Bradley dribbled the ball out of bounds bringing it down the court. Even upon review, it was seen that Bradley obviously touched the ball last.

The Celtics still have some life if, but the Pelicans will have to miss their free throws.

Fourth quarter, :49.4, Pelicans 108-105: Rondo is so darn good at creating makeable shots for his teammates. The problem for the Celtics is, Davis is really good at hitting shots.

Rondo created jumpers on back-to-back plays, including a baseline swish by Humphries, and Sullinger hit a big three. But Davis answers Hump’s jumper with a J of his own.

Fourth quarter, 1:58, Pelicans 104-101: The Celtics are in a tough position if they want to win this game. But they are making the Pels sweat.

Sullinger drains a three to pull Boston within three. Thanks to Green setting a perfect screen on Humphries, then fouling Davis, the Pelicans still lead, though, if only by one possession.

Fourth quarter, 3:08, Pelicans 102-97: Green is trying to keep the green alive. Hump got blocked at the hoop by Jeff Withey, but he recovered and kicked the ball out to Green, who splashed a corner three.

Fourth quarter, 4:36, Pelicans 102-91: We’re not sure what the Celtics are supposed to do if Davis is going to play like this and the painfully inconsistent Evans and Gordon are going to score buckets, too. The Pelicans’ lead is getting a bit too wide to be manageable for the Celtics, who have been outscored 18-7 in this quarter.

Fourth quarter, 7:03, Pelicans 98-89: Tyreke Evans is no point guard, that’s for sure. The former rookie of the year waited criminally long to find Al-Farouq Aminu on a three-on-one break, leading to a missed layup that was not Aminu’s fault in the slightest.

That’s why it’s nice having Davis on your team, though. Davis made up for Evans’ poor fast-break execution by simply cleaning up Aminu’s miss for a slam.

Fourth quarter, 8:29, Pelicans 92-87: It’s time for Rondo to take ownership of this game. He’s been capably guiding the Celtics’ offense all game, even looking for his own shot quite a bit. He’s just 3-for-10 from the field and 0-for-3 from three, however.

Of course, scoring has never been Rondo’s forte. He’s got seven assists and just two turnovers thus far, but the Celtics could use him turning up the heat on New Orleans’ defense a bit.

He’d better get started, because Williams must have heard us. Davis has scored four straight points, following four straight by Austin Rivers, to give the Pels some breathing room here.

End of third quarter, game tied 84-84: So far, the difference in this game has been the coaching, if there’s been any difference at all.

Brad Stevens is making sure the Celtics keep going to the hot hand, whether it’s Green, Bradley or Humphries. They’re also feeding Jared Sullinger, even though he’s just 2-for-6 and taking a beating in the post. If a big man is taking a pounding like that, you’ve got to keep rewarding him.

On the other side, Monty Williams’ Pelicans are curiously being hesitant to get the ball to Davis, who is the best player on the court. Davis has 26 points and 10 boards, but he’s taken fewer shots than Gordon, who is 6-for-15 from the field.

Third quarter, 5:21, Celtics 75-68: Green is staying aggressive, only his teammates are joining his cause now. Kris Humphries is up to 10 points as he and Bass are taking it to the Pelicans in the post without fear. Bass, not known for his passing prowess, even chipped in an assists with a bounce pass underneath the hoop to Hump for a baby hook shot.

Halftime, Celtics 64-57: Louisiana native Brandon Bass isn’t having a very good game, but he is working his rear end off, as usual. He’s just 2-for-8 from the field, but he’s done his best to contain Anthony Davis and he would have ended the first half on a three-point play if anybody else on the Celtics had played defense.

But they didn’t, so Eric Gordon went coast-to-coast for a layup with three seconds left.

Gordon’s mad dash aside, Davis has been the man for the Pelicans. For either team, really. He’s got 14 points, six rebounds, one blocked shot and numerous other players he’s deflected or affected simply by his presence.

The Celtics aren’t backing down, though. Jeff Green in particular has been aggressive, taking it to the hoop and earning three trips to the foul line. That’s also sparked his long-range game, as he’s 3-for-4 on 3-pointers. He leads everybody with 20 points.

Kelly Olynyk has also done some nice things, not limited to his seven points. He played possum to get two sneaky steals although, as usual, he is in quick foul trouble despite him minutes.

Second quarter, 4:04, Pelicans 49-47: Anyone who leaves Davis out of the discussion of the league’s top power forwards isn’t paying attention. Not just “young power forwards,” either. All power forwards.

Davis is spearheading a 9-0 run to retake the lead for the Pels. He beat everybody down the court for a dunk on the break, and keep in mind this is a guy who’s 6-foot-10, 220 pounds. It’s almost not fair.

Second quarter, 6:42, Celtics 45-38: Phil Pressey, Chris Johnson and Bradley are running in a three-guard look, and the speed on both ends is giving New Orleans trouble. Johnson drains a 3-pointer off a drive-and-kick by Pressey, then a turnover creates a fast-break with Pressey dropping a behind-the-back dime to Johnson for the lay-in.

The 8-0 run for the Celtics has given them their largest lead of the game.

Second quarter, 8:15, Pelicans 38-37: Avery Bradley thought it might take two or three games to get his rhythm back. Early returns suggest it might be a lot faster than that.

Bradley hopped off the bench and hit his first three shots, all long pull-up jumpers, before finally missing an 18-footer. The Celtics are lucky he’s so hot. The Pels haven’t skipped a beat, with Anthony Morrow and Austin Rivers coming in to give them seven quick points off the bench.

End of first quarter, Pelicans 27-25: With Davis leading the charger, the Pelicans are in front of the Celtics in a defense-optional showdown in the Bayou.

Both teams are shooting 50 percent from the field and getting just about everything they want near the rim, which is a surprise given Davis’ shot-blocking skills. Yet Green has attacked the basket, getting eight points on a pair of driving layups, a 3-pointer and a free throw generated by a hard drive.

Davis is just so good, though. He leads all scorers with 10 points and he’s added four rebounds as well.

First quarter, 6:04, Pelicans 11-9: New Orleans got off to a slow start, missing seven of its first eight shots, and its only basket came on a putback dunk by Davis. The Pelicans have gotten on track since then.

The Celtics’ carelessness with the ball has given the Pelicans fuel for a 9-2 run. Somehow, the Celts have committed four turnovers already, which is sort of amazing, actually. Rajon Rondo pretty much threw the ball directly to a Pelicans defender, leading to a three-on-one fastbreak that resulted in a layup by Tyreke Evans, who has a game-high seven points.

5:56 p.m.: Scratch Ajinca from the starting lineup for the Pels. Former Celtics Greg Stiemsma will man the middle for New Orleans, giving the Pels a tough shot-blocking front line with The Next Bill Russell and Davis, who is only The Next Tim Duncan.

5:06 p.m.: The Celtics will rock their weird short-sleeved jerseys for the second game in a row in honor of St. Patrick’s Day. Two players are getting even more into the spirit of the holiday.

Check out Green modeling the shoes below.

4:39 p.m.: Rajon Rondo will not be in the lineup Monday in Dallas, unless he wakes up tomorrow and insists he’s ready to go. But at least one member of the Boston Celtics’ preferred starting backcourt could be in action against the Mavericks.

Avery Bradley is expected to play both today’s game against the Pelicans and Monday’s game as well, Celtics coach Brad Stevens told reporters in New Orleans prior to the game.

It remains highly likely that Rondo will sit out the second game of back-to-backs for the rest of the season. But Bradley, a restricted free agent at the end of the season, surely would like as many opportunities as possible to show he is healthy.

8 a.m. ET: Tensions are getting high in the Boston Celtics’ locker room. Losing has long past gotten old for the players, who have been visibly frustrated after the last couple of losses. Things were especially taut after Friday’s loss.

Only 16 games remain in this season, which means the Celtics (22-44) are close to being able to leave this campaign behind them altogether. Still, their frustration is encouraging in a way; at least they haven’t checked out entirely.

Up next on the schedule is a trip to take on the New Orleans Pelicans (26-39), who also have reason to be done with this season. They had high hopes before injuries decimated their depth. Perhaps their most devastating injury, a severe neck injury to power forward Ryan Anderson, was sustained on the Celtics’ own home floor.

Join us for updates and analysis during the game, which tips off at 6 p.m. 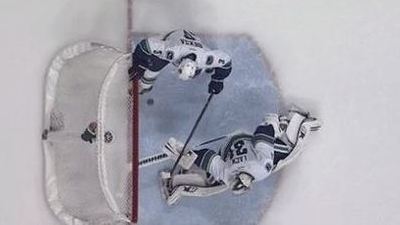