FORT MYERS, Fla. — The Boston Red Sox got back in the win column Friday with a 4-1 victory over the Atlanta Braves.

Spring training, obviously, is about more than wins and losses. The Red Sox had been 1-5-1 in Grapefruit League action going into Friday?s contest, though, so, surely, a win didn’t hurt.

End result aside, let?s review a few notes from Friday at JetBlue Park.

-Felix Doubront?s progress is one of the Red Sox?s most encouraging spring training developments.

Doubront, who is coming off an up-and-down 2013 season, arrived at camp in great shape, and is continuing to give the Red Sox reason to be optimistic about his 2014 potential. One of the most telling signs of Doubront?s development came Friday, when catcher David Ross categorized the lefty?s progression as ?night and day? compared to last season.

-Grady Sizemore also has had a strong camp. The veteran outfielder has responded to every challenge, and the Red Sox eventually could have an interesting center field decision on their hands if things continue on the current path.

-Ryan Lavarnway smacked a two-run single Friday. The 26-year-old is a player to watch throughout the rest of spring training and into the regular season, mainly because there?s so much uncertainty surrounding his future.

Lavarnway has been working hard to continue his development as a catcher, while also working out at first base in an effort to increase his versatility. The Red Sox probably would like to see his power stroke return more than anything, though.

-Shane Victorino and Daniel Nava remain the two likeliest candidates to lead off for the Red Sox in 2014.

-Koji Uehara issued a rare walk Friday. Don?t worry, though. Uehara not only completed a scoreless inning, but the Red Sox closer apparently also was testing out a new pitch.

?Koji?s so good. He?s out there working on pitches,? Ross said. ?I?m sure there?s a lot of people figuring out why he walked a guy. But he was throwing some cutters and stuff. He?s trying to use that pitch a little more I think. Nobody be worried he walked a guy, because he did it with his third-best pitch.?

So is the pitch any good?

?It?s pretty good. It?s not bad,? Ross said. ?I?m not going to call it bases loaded, but it?s something he?s working on and he can probably get some easy outs with it, so you can ask him about that. But he was definitely locating his fastball (and) his splitty?s always there on both sides.?

-The Red Sox agreed to terms with 19 players on one-year deals.

Paul Pierce On Returning To Celtics: ‘Why Not?’ 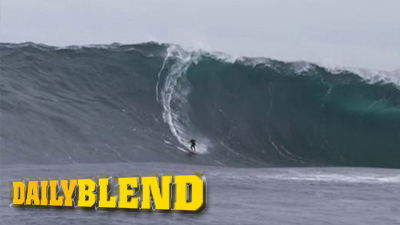 Surfer Has ‘Wipeout From Hell’ On Ginormous Wave (Video)