Kris Humphries Sticks It Out With Celtics In Challenging Season - NESN.com Skip to content BOSTON — For all his numerous seasons with more or less winning franchises, Kris Humphries has had relatively few tastes of postseason basketball. In nine NBA seasons, he’s played in 16 playoff games.

This season, his 10th, is unlikely to add to that total.

The prospect of another year without a playoff run has made this a particularly trying season for the 29-year-old. Less than a year removed from helping the Brooklyn Nets push the Chicago Bulls to seven games, Humphries has been an on-again, off-again starter for the Boston Celtics, whose playoff prospects are more hopeful than realistic.

“It’s been a different year, but my career’s been like that,” Humphries said. “I just have to continue to work and stay ready and take advantage of opportunities.”

Throughout his career, Humphries has suffered from bad timing. He spent two seasons with the Utah Jazz, then left right before Deron Williams and Carlos Boozer remade the franchise into a Western Conference contender. He was traded away midseason from a Dallas Mavericks squad that won 55 games. Then he endured 2 1/2 terrible seasons in New Jersey before the one-year stay in Brooklyn. Before last spring, all nine of Humphries’ career postseason appearances had come with the Toronto Raptors, of all teams.

Humphries has been consistently solid — and at times spectacular — for the Celtics. He recorded 20 points and 11 rebounds in Sunday’s 118-111 win over the Detroit Pistons, sparking Boston to victory with 10 first-quarter points. He is averaging 8.1 points and 5.7 rebounds in a modest 19.7 minutes per game. Extrapolate his numbers out over regular starter’s minutes, and he averages 14.8 points and 10.5 rebounds per 36 minutes.

It’s therefore a bit surprising that he’s still here. While useful players like Danny Granger and Glen Davis received buyouts after the trade deadline and have since latched on with the contending Los Angeles Clippers, Humphries continues to toil away for the 22-41 Celtics. When asked if a buyout was ever considered, Humphries crafted a carefully worded non-answer.

“I think that’s why agents get paid, and they have conversations with upper management, so it wasn’t something I was really thinking about,” Humphries said. “It’s more something you guys write about, and we answer questions about.”

So did the team and his agent never consider a buyout?

“I think that it’s just about a feel and a good situation and figuring it out,” Humphries said. “There’s a lot of things that go into decisions like that, so I never really got to the point where it was about making a decision.”

There you have it — or not. No matter what might have gone on privately, publicly Humphries has declared he wouldn’t mind remaining with the Celtics long-term, provided trips to the draft lottery don’t become the norm. His contract expires July 1, at which point he will sign someplace for far less than his current $12 million salary.

The fact that he’s still in green with 19 games to go in another lost season suggests Boston could be that place. He didn’t force his way out. In this Celtics season, that’s worth something. 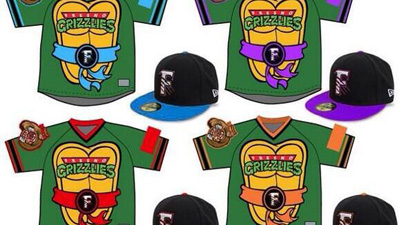