San Diego Padres pitcher Andrew Cashner wasn’t able to pick up the win in Sunday night’s season opener, but the hairstyle the right-hander showed off during the game will be undefeated for some time.

Cashner’s ‘do looks like the typical flow when he’s on the mound, but a glace at him without his cap reveals a Texas mullet to end all Texas mullets.

As for the on-field action, Cashner was solid against the Los Angeles Dodgers, allowing a run on four hits and two walks over six innings. Although he was not the pitcher of record, his Padres were still able to pick up a 3-1 win after lighting up another pitcher with questionable locks for three runs in the eighth inning. 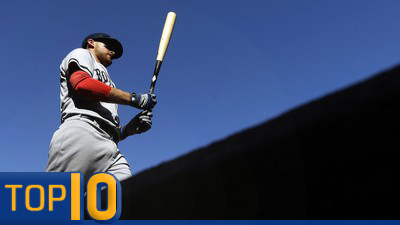