The Pittsburgh Penguins will be without James Neal for the foreseeable future after the top-six winger was diagnosed with a concussion, the team announced Friday.

Neal has been one of Pittsburgh’s best players this season with 22 goals and 27 assists in just 44 games. He’s missed 21 of the team’s 65 games because of injuries.

At this point, there is no expected return date for Neal, which is often the case when dealing with the uncertainty of concussions.

?You don?t know if you?re talking about 1-2 days or much longer,? Bylsma said Friday. ?You hope the symptoms subside and it?s shorter than longer.?

Veteran defenseman Paul Martin also is out of the lineup with a broken hand and top-line winger Pascal Dupuis won’t return this season after undergoing knee surgery. 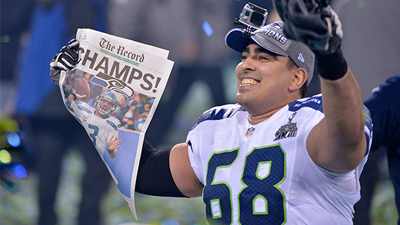 Breno Giacomini: Patriots Fans In My Family ‘Can Kick Rocks’ After Jets Win