The Columbus Blue Jackets were 22 seconds away from facing a 3-1 first-round series deficit in Wednesday night’s Game 4 when they tied the score with a goal to force overtime.

With less than 30 seconds left in regulation, Pittsburgh Penguins goaltender Marc-Andre Fleury mistakenly left his net to play the puck below the goal line. He wasn’t able to clear it, and Blue Jackets forward Ryan Johansen sent a pass to Brandon Dubinksy in the slot, who scored on the empty net.

Then in overtime, Blue Jackets forward Nick Foligno skated over the blue line and fired a wrist shot from the point that Fleury should have saved, but it got past him glove side. The goal gave Columbus its first-ever playoff win on home ice and evened the series 2-2.

Game 5 is Saturday in Pittsburgh. 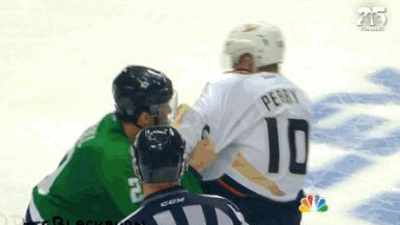