Milwaukee Brewers outfielder Carlos Gomez has earned a reputation as one of Major League Baseball’s most exciting and polarizing players, garnering headlines and criticism for his unabashed talent and fiery passion on the field.

On Sunday, though, Gomez showed that even the most intimidating players have a soft side.

The 28-year-old outfielder made a young Brewers fan’s day before his team’s matchup with the Chicago Cubs on Sunday, walking up to the young girl and presenting her with an autograph and a hug.

Clearly overcome with emotion, the girl burst into tears and received another hug from the Brewers star before he continued signing autographs for fans in the stands.

Reputation aside, it was a touching display of kindness from Gomez, who is also off to a hot start at the plate this season for the National League-leading Brewers. 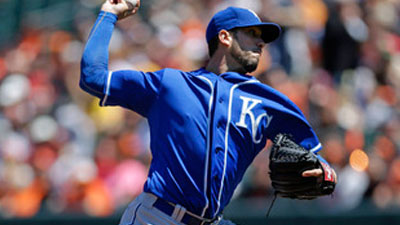