Milwaukee Brewers outfielder Carlos Gomez sparked yet another bench-clearing brawl, this time in Sunday’s game against the Pittsburgh Pirates.

Gomez thought he hit a home run when he drove the ball to deep center field in the top of the third inning, but he quickly booked it to third base when he realized the ball wasn’t going to make it over the wall.

After Gomez was declared safe at third, Pirates pitcher Gerrit Cole appeared to say something that set off the slugger. Gomez instantly tried to retaliate and was held back by an umpire, but the benches and bullpens emptied in what turned into a Pirates-Brewers mid-game wrestling match.

Gomez was knocked down by the Pirates’ Travis Snider before the fight was mediated. Both Gomez and Snider were ejected from the game.

Elian Herrera replaced Gomez at third base, and the Brewers went on to win the game 3-2.

Check out the intense conflict between the Pirates and Brewers in the video below. 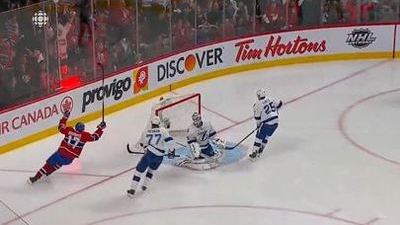