He left of his own accord, but during his time in Boston, Doc Rivers connected with the city in a way few other coaches had.

Rivers would speak of walking the empty streets during snow emergencies and of the well-wishers he encountered outside TD Garden or leaving his condo. He had plans to attend the Boston Marathon, as he typically does every year, after leaving the Boston Celtics’ practice in Waltham, Mass., last April 15.

Rivers never got to see anyone finish, of course. He ran into the mass of traffic that resulted from the bombings at the finish line, eventually returned to his condo and watched the news with bated breath, like most Bostonians.

As the one-year anniversary approaches, Rivers is no longer a Bostonian. He departed last summer to coach the Los Angeles Clippers. But he has been in “countdown” mode to Patriots’ Day, he told FOX Sports.

In the aftermath of the events last year, Rivers declared that the attack would not shake Boston’s resolve and that he would not use the tragedy to motivate his players. The Celtics canceled their April 16 game against the Indiana Pacers, marking the first time in NBA history every team did not play the same number of games, according to STATS LLC. 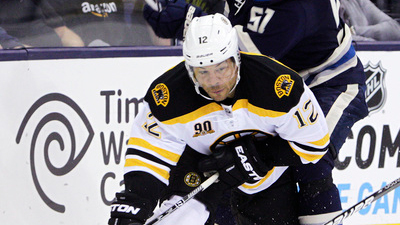