Farrell was unsuccessful in his first challenge attempt, meaning the Red Sox couldn?t challenge any more plays for the rest of Sunday?s game. It took until their sixth game of the 2014 regular season for the Red Sox to challenge a play.

Farrell?s first-ever challenge — the first in franchise history — was called for after a bang-bang play at first base. Jackie Bradley Jr., batting with runners at first and second with one out, hit a ground ball to Brewers second baseman Rickie Weeks. Weeks bobbled it, erasing any chance the Brewers had of turning an inning-ending double play, but recovered in time to throw out Bradley at first base. Bradley nearly beat out Weeks? throw, though, and Farrell wanted the umpires to take another look. Replay equipment was brought out onto the field along the third base line, and the ruling on the field was upheld.

The review lasted one minute and 38 seconds.

Check out the challenged play — and some Red Sox history — in the video below. 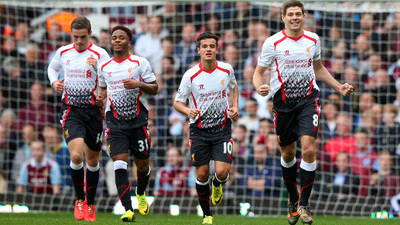