The Boston Red Sox are nearly one month into the season but haven’t yet played their American League East rivals, the Tampa Bay Rays.

That will change Tuesday night at Fenway Park, when they take on the Rays in the first of their 19-game season series. Starting on the mound for Boston will be John Lackey, who held the New York Yankees to one run in eight innings Wednesday for his third win of the season.

The Red Sox will trot out most of their everyday starters after having an off day Monday. Jonny Gomes will start in left field and bat fifth, and Shane Victorino will play right field and bat second. Jackie Bradley Jr. starts in center and bats ninth.

A.J. Pierzynski will start behind the plate and bat seventh for the Red Sox, who will face former teammate Erik Bedard. The left-hander, who spent the 2011 season in Boston, has allowed eight runs in his last two outings and is seeking his first win of the season. 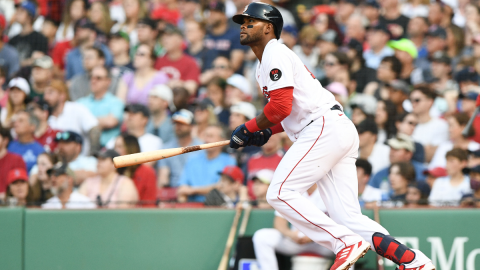