Grady Sizemore will get the first crack at Tanaka, as he returns to the Red Sox’s lineup in the leadoff spot and will play right field. Jonny Gomes will start in left field and bat fifth, and Jackie Bradley Jr. rounds out the outfield batting ninth and playing center.

Brock Holt makes his fifth consecutive start at third base Tuesday, but he’ll slide down to eighth in the batting order after hitting leadoff in the Red Sox’s 7-6 Patriots’ Day loss to the Baltimore Orioles. Xander Bogaerts, Dustin Pedroia and Mike Napoli round out the rest of the infield.

?I think we approach him like any pitcher,? Napoli told the Boston Globe about facing Tanaka. ?We?ll study the video and look for his tendencies with our scouting reports. And then you just go up there and face him and kind of feel your way around it.?

The Red Sox will counter with ace Jon Lester, who pitched a gem in his last outing against the Chicago White Sox, allowing just one run in eight innings while striking out nine in a 3-1 win. A.J. Pierzynski will catch Lester and bat sixth.

As expected, former Red Sox outfielder Jacoby Ellsbury will lead off and play center field for the Yankees in his first game back at Fenway Park since signing with New York during the offseason. 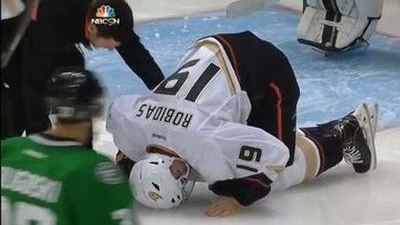 David Moyes Out As Manchester United Manager After Dismal Season