WALTHAM, Mass. — Russ Smith knows he has 160 problems facing him as he attempts to bolster his stock for the 2014 NBA draft.

That is roughly the number of pounds Smith carries on his 6-foot-1 body, which was sufficient for multiple all-America honors and leading Louisville to the 2013 NCAA championship. In the NBA, though, such a frame would be a severe detriment, especially for someone who is not a natural point guard.

Smith’s message to those doubting his body type is simple: Draft me, and see what happens to my physique.

“Oh, I will gain weight,” he said Monday after a workout with the Boston Celtics. “I will get stronger. I can lift with the best of those guys in the weight room. I take a lot of pride in that. Putting on weight wouldn’t be too hard.”

Smith, who said he has played at 175 pounds before, claimed the Louisville system kept him light. Hopscotching across the country for pre-draft workouts has prevented him from getting into a weight training rhythm, he said, but once he is in a set location, his employer will see how fast he can add weight.

“I actually eat a lot,” he said, laughing.

If that sounds like a convenient excuse, fellow Cardinals product Rajon Rondo backed Smith’s explanation. A veteran of the pre-draft workout circuit, Rondo said that it is all prospects can do to just maintain their bodies while working out in a different city every day.

“He’s probably going to try out for 10-plus teams,” Rondo said. “I think he told me this was his sixth one. So it’s just getting your rest. You have a couple workouts where you go back-to-back, you drink plenty of water, you jump from plane to plane. You just have to hydrate and take care of your body.”

Smith’s biggest strength might be knowing his biggest weakness. Like most of the dozen players taking part in Monday’s workout, Smith is a small player with a massive chip on his shoulder. Without hesitation, when asked by a reporter what is the biggest concern he hears from teams, Smith responded, “My weight.”

“Most of the time, my response is, ‘How I’ve been guarding them,'” Smith said. “I’ve been guarding bigger opponents. I don’t know if teams know, but I guarded shooting guards all year. I guarded 6-4 to 6-6 guys all year. If I have to make any kind of adjustment, I’ll be able to do it. I’ve been one of the best defenders at each level I’ve been at, so I don’t see nothing changing.”

Nothing changing, of course, besides the number on the scale. 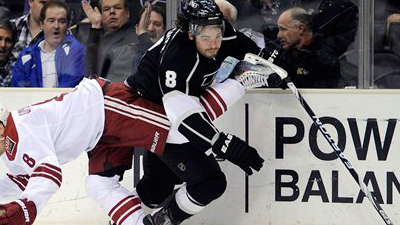