Group E is perhaps the most unpredictable of all the groups at the 2014 FIFA World Cup.

Ecuador’s star striker, Chucho Benitez, died of a heart attack last July, and “La Tri” looks to honor him in Brazil. Ecuador’s fast attack remains capable of scoring against the toughest opponents, but it must defend as well as it did in qualifying in order to progress to the knockout rounds. Expect Ecuador to draw against Switzerland in its opening game, defeat Honduras five days later and draw against France in the deciding game. Goal difference or another tiebreaker will determine which team advances.

France shamed themselves in 2010. “Les Blues” should fare much better this time around. Head coach Didier Deschamps leads a young French team, which has enough quality and balance to reach the last 16. But France will attempt to do so without star playmaker Franck Ribery, who will miss the tournament because of a back injury. France should kick off its journey with a win over Honduras and a draw against Switzerland in its second game, and then endure a disappointing draw against Ecuador in the finale. France, too, will be at the mercy of the tiebreaker.

Group E will be tight at the top, but Honduras will lag behind its three opponents. “Los Catrachos” have an experienced squad but lack quality of depth. This likely will lead to an early exit for head coach Luis Fernando Tena’s team. Forward Jerry Bengtson will represent the New England Revolution and his country. We expect Honduras to be competitive but suffer narrow defeats against France, Ecuador and Switzerland.

Switzerland, the seeded team in Group E, will entertain with its fast-paced style of play. Most of head coach Ottmar Hitzfeld’s players are young, but they have experience playing in Europe’s top leagues. Switzerland will draw Ecuador in its first game and France in its second, but a victory over Honduras will bring it to the top of the group. A tiebreaker will determine the fate of the Swiss.

Can’t-Miss Games
Switzerland-Ecuador will be an interesting clash of styles, and the winner of that game will take command of the group early on. Switzerland-France pits an old power against a new one. The heat will slow the pace of the game, but the result also will be pivotal. Ecuador-France will decide which team advances. Need we say more?

Players To Watch
— Ecuador’s Jefferson Montero should provide speed, tricks and goals from the wing. Captain Antonio Valencia will lead his team from the center of the midfield, instead of out wide, where he plays for Manchester United. Striker Felipe Caciedo must provide the goals and dedicate them to Benitez.

— At best, France fans are lukewarm about striker Karim Benzema. He can win them over by firing France into the knockout rounds. Goalkeeper Hugo Lloris is among the best in the world at his position. Midfielder Paul Pogba, 21, is good enough to win the World Cup’s “Best Young Player” Award, but France must progress in order for him to do so. 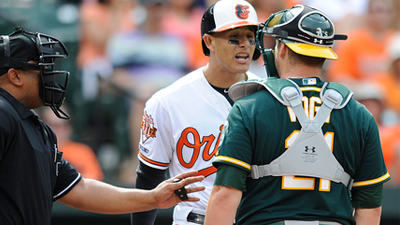