Pierzynski?s bad boy reputation was well-documented before he arrived in Boston, and perhaps his personality played a role in the Red Sox’s decision to cut ties with the 37-year-old — as some reports have suggested — despite manager John Farrell and general manager Ben Cherington stating otherwise. Regardless, Pierzynski?s demise was inevitable from the very beginning because his on-field work simply didn?t fit the Red Sox?s mold.

?We thought, one, we needed a left-handed-hitting catcher. We felt that the need to bring a guy in on a short-term deal fit because of (catching prospects Christian Vazquez and Blake Swihart) coming through the system,? Farrell reasoned Wednesday. ?(Pierzynski is) someone who has led successful pitching staffs in the past. A number of the boxes checked off when we had to replace (Jarrod Saltalamacchia).?

The idea of Pierzynski grinding out an at-bat in a ?relentless? manner, driving up a pitch count and ultimately working a walk seemed as far-fetched as Doug Mirabelli opting for a unicorn entrance over a police escort.

Sure enough, the book held true in 2014. Pierzynski ranked 95th among 101 American League players with at least 250 plate appearances with only 3.42 pitches seen per plate appearance. He ranked 91st with a .286 on-base percentage and contributed 11.2 offensive runs below average (according to FanGraphs), representing the lowest mark on the Red Sox.

Add in Pierzynski?s lackluster defensive season, and you had a below-average player playing on a below-average team while a stud catching prospect, Vazquez, waited in the wings. It was a designation for assignment waiting to happen, regardless of any issues that might or might not have been there from a personality-standpoint.

“The only thing that was surprising or lacking was the offense wasn?t there the way we expected it to be,” Cherington said Wednesday. “Nothing else happened by A.J. that we were surprised by. He?s always available to play, always has been his entire career. He probably says something along the ways in different ways where people look cross-eyed at him, but that?s nothing new, something we expected.

“We went into the season knowing everything A.J. was and wanting him on this team. Nothing has happened that surprised us other than the offense wasn?t there in a consistent way.”

Perhaps Pierzynski?s lack of offense caught the Red Sox off-guard, but it probably shouldn?t have, given the direction the aging veteran was trending before this season. He represented an unstable bridge to Boston?s two premier catching prospects — from an on-field standpoint — and his DFA marked the bridge?s official collapse.

It?s now time to embrace the Vazquez era, which should be brighter. 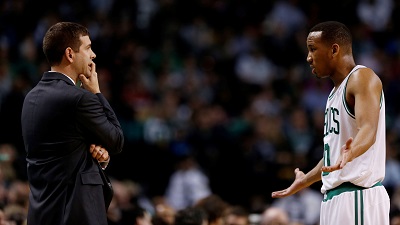