Gehrig Schilling, the son of former Boston Red Sox pitcher Curt Schilling, has overcome a lot in his life.

He has seen both parents battle cancer, his father’s video game company collapse, his younger brother live with Asperger syndrome and his 17-year-old sister wear hearing aids since the 10th grade.

All of this while dealing with a serious issue of his own, he revealed to The Boston Globe.

Gehrig, now 19, was diagnosed with anorexia when he was in middle school. His mother, Shonda, took him to a doctor after noticing a change in his eating pattern.

?I was actually pretty close to being put on a feeding tube for a while,? Gehrig said, via The Globe.

He recalled weighing just 78 pounds in the eighth grade.

?I had to ease back in and eat a lot of protein in order to get my weight back up,” he said.

Gehrig’s mother, Shonda, told The Globe that her son found a way to benefit from overcoming the disorder.

“It?s been really neat to see him be honest with people about what had happened, and talk to other people and be able to be a mentor,” Shonda said.

Gehrig, like his father, has used baseball as an outlet for relief in his life. He pitched his final game in a Medfield (Mass.) Legion Post 110 uniform last Sunday, giving up six runs en route to being knocked out of the playoffs.

After the game, Curt gave his son advice that not only applied to baseball but to his life.

“He told me, ‘You don?t always have your best stuff,’ ” Gehrig recalled to The Globe. “He said initially it?s really hard to get back into the game, but you gotta roll with the punches and then deal with what?s going on, what the reality of the game is, and just pick each other up as teammates.”

Jake Peavy On Playing For Giants, Bruce Bochy: ‘I’m So Happy To Be Here’ 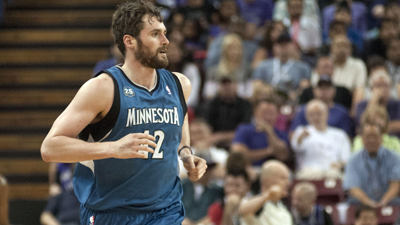