Grady Sizemore Returns To Majors As Phillies Call Him Up From Triple-A - NESN.com Skip to content Grady Sizemore is back in the majors.

The Philadelphia Phillies called up Sizemore from Triple-A Lehigh Valley on Thursday, ending a brief minor league stint for the veteran outfielder, who was released by the Boston Red Sox last month.

Sizemore, who signed with Boston over the offseason after missing the last two full seasons because of injuries, hit .216 with two homers, 15 RBIs and a .288 on-base percentage in 52 games with the Red Sox. The Phillies, desperate for outfield help, signed Sizemore soon after his release in the hopes some extra at-bats could help him return to being a productive major leaguer.

Sizemore, a former three-time All-Star with the Cleveland Indians, hit .289 with one home run, two RBIs and a .738 OPS in 50 plate appearances over 10 games with the IronPigs before Thursday’s call-up.

Right-hander David Buchanan was optioned to Triple-A in a corresponding roster move.

Shane Victorino Back On Rehab Assignment, Goes 0-For-2 For Low-A Lowell 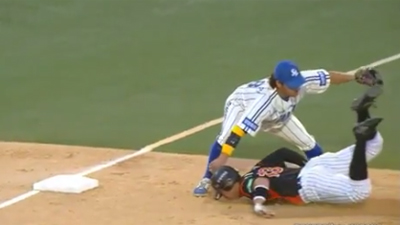